Bruce Willis has described Looper as an emotional movie and it is not just about the science.

Willis is back on the big screen at the end of the month as he teams up with Joseph Gordon Levitt - both playing the same character - while Rian Johnson is in the director's chair.

And the actor says that there are some great relationships in the movie and the sci-fi element is not the only driving force.

It has already been a busy summer for the actor as we have seen him star in Moonrise Kingdom and The Expendables 2.

Looper is another action packed role for the actor and it is one of the most highly anticipated sci-fi movies of the year.

And Willis has already completed work on G.I. Joe: Retaliation and he is also set to reprise the role of John McClane in A Good Day to Die Hard. 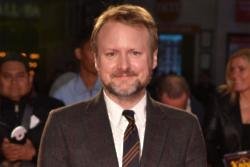