Casey Affleck and Matthew Broderick have signed up to join the cast of new action-comedy movie 'Tower Heist'.

Casey Affleck has joined the cast of 'Tower Heist'.

The actor will appear alongside Ben Stiller, Eddie Murphy, Gabourey Sidibe and Michael Pena in the new action-comedy movie, which will be directed by Brett Ratner.

The movie tells the story of the overworked manager (Stiller) of a tower residence, who leads a team of defrauded workers in a heist of its penthouse tenant, after he scams them out of their pensions.

Affleck will play Stiller's straight-laced friend who also works under him in the penthouse but wants to turn Stiller and the other co-conspirators in.

Judd Hirsch and Matthew Broderick have also signed up, with Broderick playing a Wall Street businessman who has lost his job and joins Stiller's gang, according to The Hollywood Reporter.

Broderick's last studio movie was the big screen adaptation of 'The Producers' while it will be Affleck's first film since starring in 'The Killer Inside Me'. 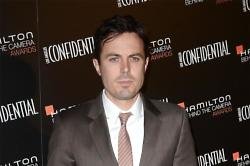 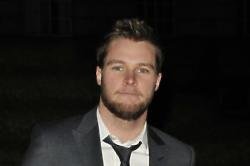