The actress is back on the big screen in the new year with her latest movie Morning Glory, which sees her work with Harrison Ford and Rachel McAdams.

She takes on the role of morning TV show host Colleen Peck who takes on a string of silly assignments - but the Oscar winner was not impressed with her rapping debut.

Speaking to the Press Association the actress said: Humiliating. And you know, I do have a daughter who is 15, and that made it even more humiliating because she thought I was just such an idiot. And she wasn't wrong.

"That's my rap debut and that's the end of me as a rapper. I won't be working with Kanye, or Jay-Z. They have not called. I would like to. I'm available, guys."

And while the actress may not have been happy with the rapping but she was happy working alongside co-star Harrison Ford.

"He is hilarious. I love working with him, are you kidding? He's beautiful! What about that face? That face held up." 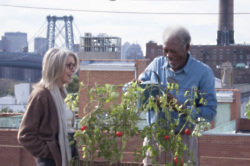 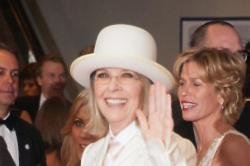