Gemma Arterton Will Return To Clash Of The Titans

Gemma Arterton will return in the second Clash of the Titans movie.

The British actress stepped into the big budget blockbuster for the first time this year as she took on the role of Io in a remake if the eighties classic.

Starring Sam Worthington the movie was a box office hit back in March, taking over $491 million worldwide, and a sequel was announced earlier this summer.

Speaking to MTV Arterton confirmed her return: "I think I am doing the second Clash.

"I don't know anything about it yet though. It's one of those things."

And while the actress is keen to reprise her role she revealed her hopes that Io would be able to take part in more action scenes.

"I think she needs to be less mythical and more real and go for the fighting. It's fun, as well, doing all that stuff."

2010 has been a busy year for the actress as she also starred alongside Jake Gyllenhaal in The Prince of Persia: The Sands of Time this summer.

But as well as the blockbuster roles she has also worked on smaller movies including Tamara Drewe, which sees her working with The Queen filmmaker Stephen Frears. 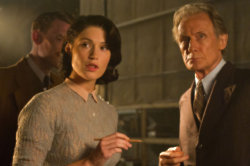 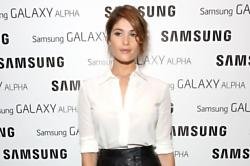