Halle Berry "cried so hard" when she realised she wasn't being fired from 'Cloud Atlas' after fearing the worst when she broke her foot during filming.

Halle Berry "cried so hard" when she realised she wasn't being fired from 'Cloud Atlas'.

The 46-year-old broke her foot while shooting the upcoming sci-fi epic and as a result she feared directors Andy and Lana Wachowski would replace her in the project, but when the filmmaker siblings told her the good news she was "so touched".

She said: "The day after it happened, I heard Lana and Andy wanted to come see me and I thought, 'Oh God, they're surely going to give me my papers and tell me to get back on the plane because they're bringing in somebody else.' Never was I so touched and never had I cried so hard when they came and they said, 'No. It's a bump in the road. We're going to fix this.' I couldn't believe it because there were so many actors, so much scheduling had gone on for years to make this all work, and they were willing to say, 'We'll throw it all in the wind. We want you to stay on this movie and we're going to work it out.' "

Halle insist her fellow cast and crew members in the movie - which tells the story of how one person's actions impact on another individual's past, present or future - were "so gracious" and "supportive" when she broke her foot, but she admits the injury provided "challenges" for everyone on set.

She added to MoviesOnline: "It affected every decision, every moment for the rest of [the shoot] and every co-star and every director and every costume designer. It was a challenge for everybody, and everybody was so gracious and supported me in every single way possible because they didn't want me to go home."

Halle stars alongside Tom Hanks, Jim Broadbent and Jim Sturgess in 'Cloud Atlas', which is released in February 2013. 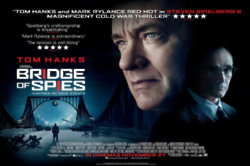