The actress admits she felt humiliated pretending to "perform" for producer Jerry Bruckheimer and left the embarrassing meeting with a plan never to audition again.

The new mum tells The Hollywood Reporter, "It was my second audition I think ever and I had done the reading for the acting part and then Jerry Bruckheimer wanted me to come in and dance...

"They said, 'You're gonna dance to Prince's Kiss... You're gonna pole dance but there is no pole.' "I kind of pretended there was a pole...and I just turned beet red.

"It was awful and he said something like, 'Honey, you did a great reading, but you've got no rhythm.' "I called my agent and said I don't wanna do this anymore. This sucks".

Jones has crossed paths with movie mogul Bruckheimer since the audition encounter, but she insists he has no memory of the pole dance "He has no recollection of it". 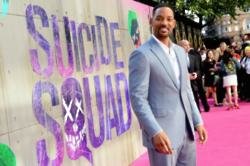 Bad Boys 3 gets a new title and release date 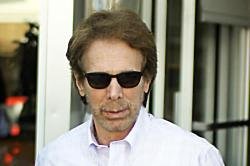