Jeremy Irons claims he wouldn't go to see his latest movie 'Beautiful Creatures' at the cinema if he wasn't in it.

Despite starring in the upcoming fantasy adventure, the 64-year-old actor would never have chosen to watch it in the cinema and admits he only took the part as mysterious house-bound Macon Ravenwood because he needed a new job.

He explained: "It's not the sort of film I would ever go see. [As an actor] you should have a business box and an artistic box and they should never cross. In truth, it was a studio movie, which I hadn't done for a long time, and part of the job is placing yourself for future employment.

"I liked Richard [LaGravense] the director; I knew Emma [Thompson] was involved; and it was [being shot] in New Orleans which is a city I had a great time in when I made 'Lolita'."

The film, based on 'The Castor Chronicles' novel series by Kami Garcia and Margaret Stohl, has drawn comparisons to the Kristen Stewart and Robert Pattinson fronted franchise 'Twilight' thanks to its supernatural teen romance, but Jeremy isn't worried and thinks the younger generation will lap it up.

He said: "It doesn't mean anything to me... I'm sure kids will love all the supernatural stuff." 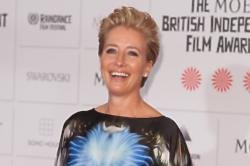