Kristen Stewart says that Bella and Snow White are both leaders but they are very different people.

Stewart will be stepping away from the Twilight franchise this summer to lead the cast in Snow White and the Huntsman, which sees her team up with Chris Hemsworth and Charlize Theron.

Speaking to SFX the actress said: "Bella and Snow White both come to find that they're leaders. I mean, that's definitely a similarity. They're very, very, very different people.

"Also, everyone's telling them 'No'. And both of them see the light. Both of them are a little more intuitive, and for whatever reason spiritually connected. Their gut is always dead right."

Directed by Rupert Sanders, Snow White and the Huntsman is a dark and grim take on the popular fairytale which sees Stewart really take on an action role.

But the actress will be back as Bella at the end of the year as the Twilight franchise is brought to a close with Breaking Dawn - Part 2.

Snow White and the Huntsman is released 1st June. 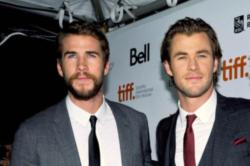