The English Patient star can't wait to get into character in Only God Forgives, and admits the role of godmother is quite a departure for her.

She tells WENN, "It'll be quite an adventure. I'm looking forward to it.

"It is different from what I've done before but I trust the director implicitly and I'm very excited he asked me to do something I've never done before.

"It's very rare people are brave enough to ask you to do that. I'm looking forward to the transformation."

She will be back on the big screen in the new year as she teams up with Emily Blunt and Ewan McGregor for Salmon Fishing in the Yemen.

Refn has already had a good 2011 with his lastest movie Drive, which starred Ryan Gosling, being very well received by the critics. 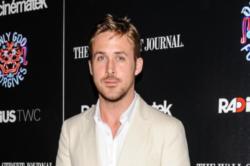