Working With Nicole Kidman Was a Masterclass for Macy Gray

Nicole Kidman has inspired singer Macy Gray to work harder as an aspiring actress after the I Try hitmaker studied the Oscar winner on the set of their new movie The Paperboy.

Gray admits she has been fired "a million times" from various jobs for her "terrible habit of being late", but she was always on time for set calls as Anita the housekeeper in director Lee Daniels' new movie because she didn't want to miss an opportunity to learn from co-stars Kidman and John Cusack.

And the singer admits she was pleasantly surprised to discover that Kidman, who plays a trashy woman in love with Cusack's Death Row character, was working tirelessly with an acting coach in between takes.

She tells the New York Daily News, "I was around really gifted actors. What was really cool was that Nicole Kidman stayed totally in character the whole time we were filming and even had her acting coach with her. So that taught me a lot. You can never relax. You should always work to get better and always be a student, no matter how good you get...

"That's Nicole Kidman, and she's still getting coached. You know what I mean? You get to see why people are where they are. Hard work". 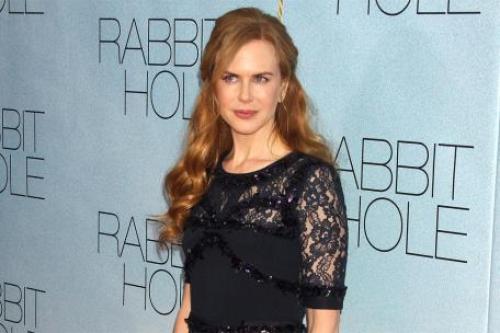