Fans and men who want to get close to actress Maggie Grace should quiz her about her experiences on the set of acclaimed cult romance The Jane Austen Book Club - because she rarely gets asked about the 2007 movie.

The star admits fans always want to talk to her about TV series Lost and movie Taken - but she'd love more questions about the film she made with Maria Bello and Emily Blunt.

She explains, "I love getting asked about The Jane Austen Book Club butit hardly ever happens.

"I was in a restaurant recently and was pretty sure it was going to be a Taken fan, but we ended up talking about Jane Austen for half an hour and the guy I was having dinner with was like, 'OK, we can talk about Jane Austen a little less?'

"I was so excited because it was the first person to ever mention that film". But at least she is recognised. She wasn't when she showed up for the New York press junket for Taken - and was almost kicked out of the snooty Regency Hotel.

She recalls, "I had to fly in and I still had my outdoor gear on and mybackpack from my camping trip in Patagonia and I show up at the Regency Hotel and they're like, 'You can't be in here.

"I'd love to grab a shower before and maybe buy some clothes, so I'm not doing interviews in my Patagonia gear!' "They let me stay and it was all sorted but it was pretty funny". 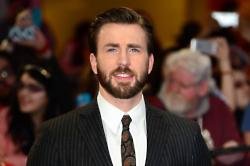 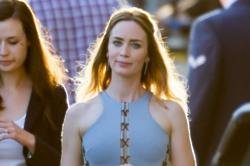 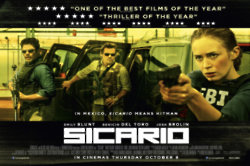