Mike Newell thinks 'Reykjavik' is a "triumph of the human spirit".

The director - best known for helming 'Four Weddings And A Funeral' - is excited about his upcoming historical drama about the end of the Cold War and believes it will be beautiful expression of human integrity and emotion.

The film is set in 1986 and explores the pivotal peace talks between US President Ronald Reagan (Michael Douglas) and Soviet leader Mikhail Gorbachev (Christoph Waltz) which took place in the Icelandic capital and their strange East-meets-West relationship upon which 'the fate of the entire world hangs".

Mike told Empire magazine: "It's a story about human contact being established in a desert where it shouldn't exist and against all the odds it does. It's a triumph of the human spirit."

However, the most tricky part of the film - which was penned by 'Becoming Jane' scribe Kevin Hood - will be getting the right make-up and hair for leading men Michael and Christoph because the world leaders were so distinctive looking.

He joked: "We have to get the hair right because Reagan was so vain about his hair - and obviously the birthmark and the baldness for Christoph Waltz."

The cast and crew are heading off to Reykjavik in early 2013 to begin filming, as well as Studio Babelsberg in Potsdam. 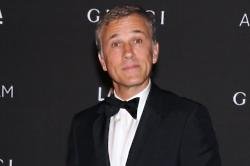