Naomi Watts Putting Career on Hold to Be With Her Kids

Naomi Watts is eyeing a career break in 2013 to spend time with family, insisting, "It's time to be home with the kids".

The Hollywood star was due to begin working on Queen of the Desert, starring as writer Gertrude Bell alongside Robert Pattinson as British Army officer T.E. Lawrence.

However, Watts reveals the project is currently on hold, as she wants to be around more for her two young sons with actor partner Liev Schreiber.

She tells EOnline.com, "(Queen of the Desert) is still a way's off. I don't know yet. Hopefully, it will happen. I just can't travel again right now because I did a lot of travelling last year. It's been a big year and it's time for me to be home with the kids".

Watts admits her schedule will be hectic as she prepares for the upcoming Academy Awards ceremony, where she is nominated for Best Performance by an Actress in a Motion Picture (Drama) for her turn in disaster epic The Impossible.

Talking about her Oscars gown, she adds, "It's kind of endless hours that you have to put into it, in terms of fittings and second fittings and more". 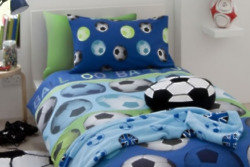