Alcon Entertainment has revealed plans to remake 1991 movie 'Point Break', which will be set in an international world of extreme sports.

Alcon Entertainment has announced plans for a remake of 'Point Break'.

The new version is set in the world of international extreme sports, and like the original involves an undercover FBI agent infiltrating a criminal ring.

The film production company revealed the reboot of the 1991 movie - which starred Keanu Reeves, Patrick Swayze and Gary Busey and told the story of an undercover FBI agent who attempts to catch a gang of bank robbers suspected of being surfers - will also feature a stealthily agent trying to seize a group of criminals.

Alcon said in a statement: "The new version is set in the world of international extreme sports, and like the original involves an undercover FBI agent infiltrating a criminal ring."

The organisation's co-founders Broderick Johnson and Andrew Kosove revealed they have secured the rights to create the movie from RGM Media, John McMurrick and Chris Taylor.

The film is set to be produced by the pair as well as Michael DeLuca, John Baldecchi, Chris Taylor and 'Salt' screenwriter Kurt Wimmer, who will also pen the screenplay.

RGM investor John and principal Devesh Chetty are in line to be the executive producers.

There was speculation about a possible 'Point Break' remake at the Cannes Film Festival in 2008, but these are thought to have been axed after Patrick's death from pancreatic cancer in 2009.

He was rumoured to have been eager to reprise his role of bank robbing surfer Bodhi, while Keanu was being tipped to play FBI agent John Utah again. 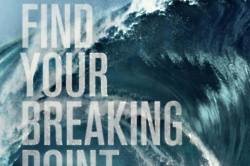 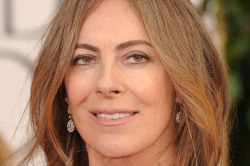 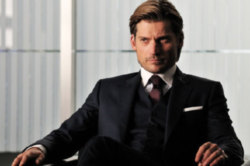