Johnny Depp's is back at the top of the U.S box office with his new movie Rango.

The movie sees Depp reunite with his Pirates of the Caribbean director Gore Verbinski for the animation movie in which he voice the chameleon in the western.

Rango is an ordinary chameleon who accidentally winds up in the town of Dirt, a lawless outpost in the Wild West in desperate need of a new sheriff.

The movie took $38 million in it's opening weekend to see off the competition from The adjustment Bureau and take the top spot.

The Adjustment Bureau sees Matt Damon return to the big screen, in what has so far been a busy 2011 for the actor.

The movie, which sees him team up with Emily Blunt, took $20.9 million in it's opening weekend to take second.

And the top three was all about new entries this week as Beastly, a modern day re-telling of Beauty and the Beast, opened at three.

Hall Pass was down two from two to four while there was a four place drop for last week's number one Gnomeo and Juliet, which was down at five.

Unknown was also down as it dropped three places to six. But there was no move at seven for Oscar winner The King's Speech.

Just Go With It and I Am Number Four were down four places as they finished the weekend at eight and nine. 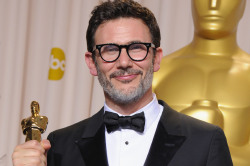 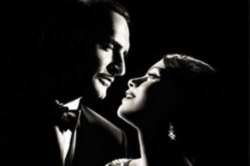