Terry Gilliam, 70, doesn't think he will make another movie - but admits he often feels he has reached the end of his career before changing his mind.

Terry Gilliam is unsure he will make any more movies.

I am reminded by my wife that I always feel like that but the great thing about getting older is your memory goes.

The 'Imaginarium of Doctor Parnassus' director admits he often goes through phases of uncertainty about the future of his career but admits that his advancing years make working more difficult.

Terry, 70, said: "I've actually reached the point of not believing I'll ever make a film again.

"I am reminded by my wife that I always feel like that but the great thing about getting older is your memory goes."

Terry's planned 'The Man Who Killed Don Quixote' movie has been postponed many times and he admits his moviemaking struggles come when he gets too "greedy" with projects and tries to tackle too much.

He said: "I just want to concentrate on those films. I get easily distracted and greedy to do lots of films. Whenever I do that, things fall apart. I used to believe I could will things into existence but now I am older I know it doesn't work that way."

Despite the problems 'The Man Who Killed Don Quixote' - which began filming in 2000 but was shelved due to floods, injuries and financial woes - has been hit with, Terry still believes the project can be finished.

He said: "I just know I need to get shooting because it's been thee years. Nothing is back on track. Film is difficult to get funding for unless you're doing a huge movie in 3D.

"[Don Quixote] just needs one more person to come in." 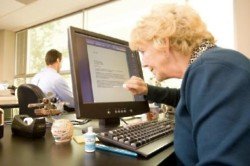 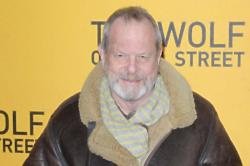