The Twilight Saga: Breaking Dawn - Part 2 is set to be one of the biggest movies of the year as the franchise comes to a close.

Directed by Bill Condon once again the movie sees Bella and Edward face danger once again as they are forced to call on other vampire clans in a bid to protect their young daughter from the Volturi.

Kristen Stewart, Robert Pattinson and Taylor Lautner are back for the final time while we will also be seeing Dakota Fanning, Michael Sheen, Ashley Green, Kellan Lutz and Nikki Reed all reprising their characters.

But there will be some new faces on the cast list as we are introduced to a whole host of new characters. 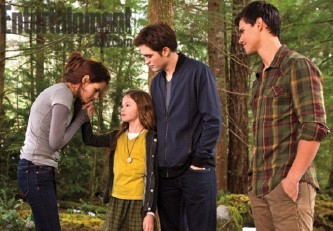