Deacon - who starred alongside Noel in the films 'Kidulthood' and the sequel 'Adulthood' - was found guilty of harassment without violence earlier this year after bombarding his former friend with a "barrage" of abusive messages on social media.

The duo fell out in 2010 when Clarke accused Deacon of cutting him out of his spoof movie 'Anuvahood'.

Deacon's lawyer claimed during the sentencing hearing that his client had a "history of mental health difficulties".

He said: "There was plainly a long-running feud between Mr Deacon and Mr Clarke dating back to 2010 at the very least. Perhaps Mr Deacon had justifiable reasons for feeling aggrieved towards Mr Clarke, perhaps he did not.

"What is clear is that his online trolling of Mr Clarke overstepped the mark from unreasonable behaviour to actions that were unacceptable."

The abusive behaviour had an "appalling" effect on Clarke, according to District Judge Shenagh Bayne, who said the actor was "visibly distressed" as he gave evidence.

Under the terms of the restraining order, Deacon is prevented from having any contact with his former friend, including over social media networks. 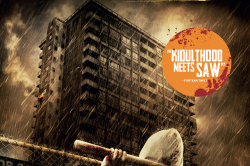 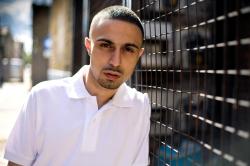 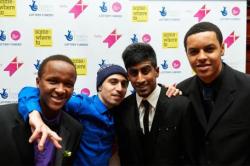