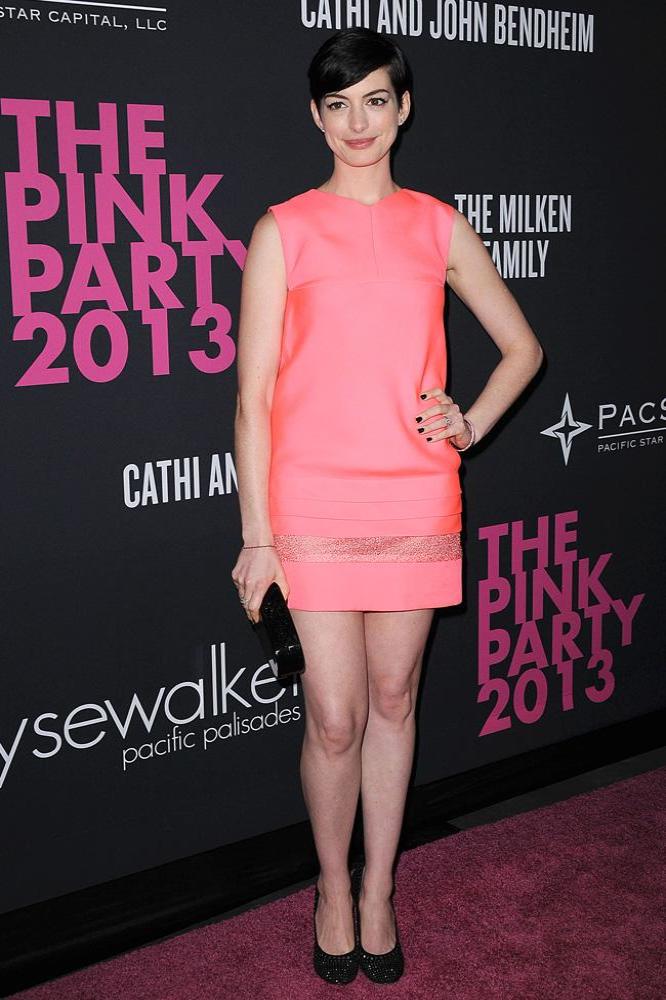 Anne Hathaway is to present an Oscar at the Academy Awards later this month, alongside Daniel Day-Lewis and Jennifer Lawrence.

Hathaway - who co-hosted the ceremony with James Franco in 2011 - will take to the stage on March 2 at the Dolby Theatre in Hollywood to hand out a prize.

The brunette beauty won the Best Supporting Actress award last year for her role as Fantine in Tom Hooper's 'Les Misérables' and was also nominated for Best Actress for her leading role in 'Rachel Getting Married' in 2008.

Hathaway will join Daniel Day-Lewis and Jennifer Lawrence at the glamorous ceremony, which is being hosted by Ellen DeGeneres, as they will also hand out an honourable award.

Day-Lewis took home the third Oscar of his career last year for his performance as President Abraham Lincoln in Steven Spielberg's 'Lincoln', making him the first person ever to win the Best Actor award three times in the history of the Academy.

He also won the prize for 2007's 'There Will Be Blood' and 1989's 'My Left Foot', and has been nominated for his part in 'Gangs of New York' and 'In the Name of the Father' in previous years too.

Meanwhile, Laurence - who won an Oscar for widow Tiffany Maxwell in David O.Russell's 'Silver Linings Playbook' in 2013 - has been nominated for Best Supporting Actress for 'American Hustle' at the forthcoming 86th Academy Awards.

'American Hustle' and 'Gravity' are currently in the lead at this year's Oscars with ten nominations each, while '12 Years A Slave' follows closely behind with nine.