Dakota Johnson bickered with her mother Melanie Griffith on the red carpet at the Oscars over her role in Fifty Shades of Grey. 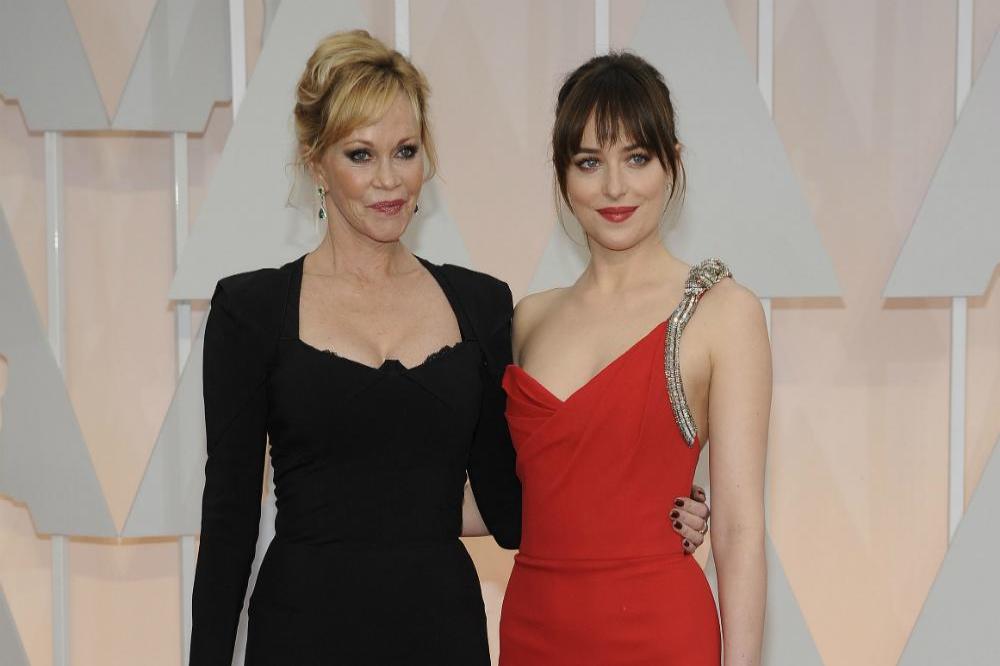 Asked whether she will watch the raunchy movie, Melanie said: "I don't think so - I think it would be strange. She's a really good actress. I don't need to see that to know how good she is."

Dakota - who plays Anastasia Steele in the S&M-themed film - responded: "I think it's fine. I think you can see it one day."

During the exchange, which occurred on the red carpet and was broadcast around the world, Melanie then replied: "If she tells me to see it, I'll see it."

However, Dakota seemed unimpressed by her acceptance, saying: "Alright, you don't have to see it."

Dakota took her mother to the glitzy event after she was reported to have split from her boyfriend Matthew Hitt.

Speaking to E! host Ryan Seacrest before the ceremony, she explained: "My mom is here with me as my date."