Dakota Johnson is set to star in and executive produce a movie adaptation of novel Forever, Interrupted. .

The 21 Jump Street star will play Elsie in the drama, about a young woman who forges a friendship with her mother-in-law after her husband passes away suddenly, according to Variety.com. 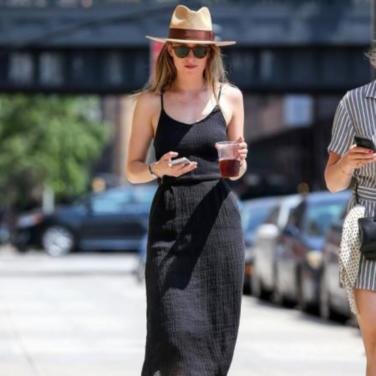 Dakota Johnson to star in and produce Forever Interrupted

Producer Amy Baer says, "(The novel is) exquisitely written and heart-wrenchingly honest... and Dakota will be exquisite as Elsie, who has to deal with the sudden loss of a great love. She is a deeply thoughtful, sensitive and smart woman and actress".

This will be Johnson's first time as an executive producer on a project.