Dakota Johnson 'Wore a Patch Over Her Pubic Area'

Dakota Johnson wore "a patch" over her pubic area during filming for 'Fifty Shades of Grey'. 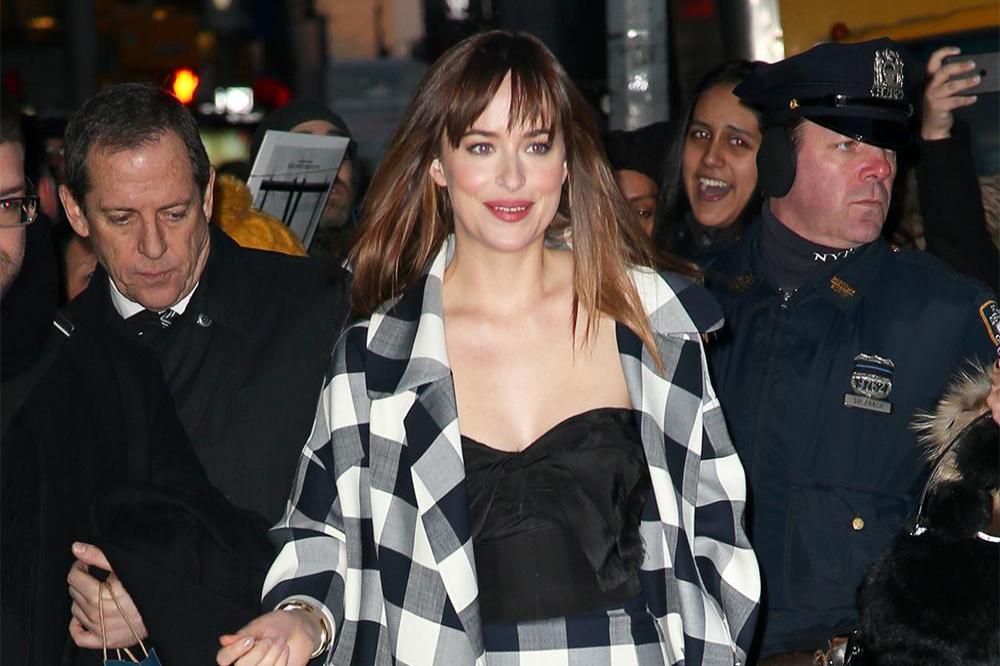 Johnson, who starred alongside Jamie Dornan in the raunchy film based on the novel by author E.L. James, appeared to have excessive pubic hair in one particular scene - but cinematographer Seamus McGarvey admitted it was fake.

He explained: "[She] had kind of a patch that went over her pubic area, and right round her whole body."

Seamus explained that some of the most eye-catching scenes were created in the editing suite.

Speaking during a panel discussion with The New York Times newspaper, he said: "We were in the curious situation, in post-production, of adding [pubic hair].

The revelation comes shortly after Dakota bickered with her mother over whether she should watch her in 'Fifty Shades of Grey'.

Dakota took her movie star mother Melanie Griffith to the Oscars ceremony in Los Angeles last month, where they disagreed over whether the 57-year-old actress should see the much-discussed film.

Asked if she will watch the raunchy movie, Melanie said: "I don't think so - I think it would be strange. She's a really good actress. I don't need to see that to know how good she is."

Dakota - who plays Anastasia Steele in the S&M-themed film - replied: "I think it's fine. I think you can see it one day."

Melanie then responded: "If she tells me to see it, I'll see it."

However, Dakota seemed unimpressed by her acceptance, saying: "Alright, you don't have to see it."