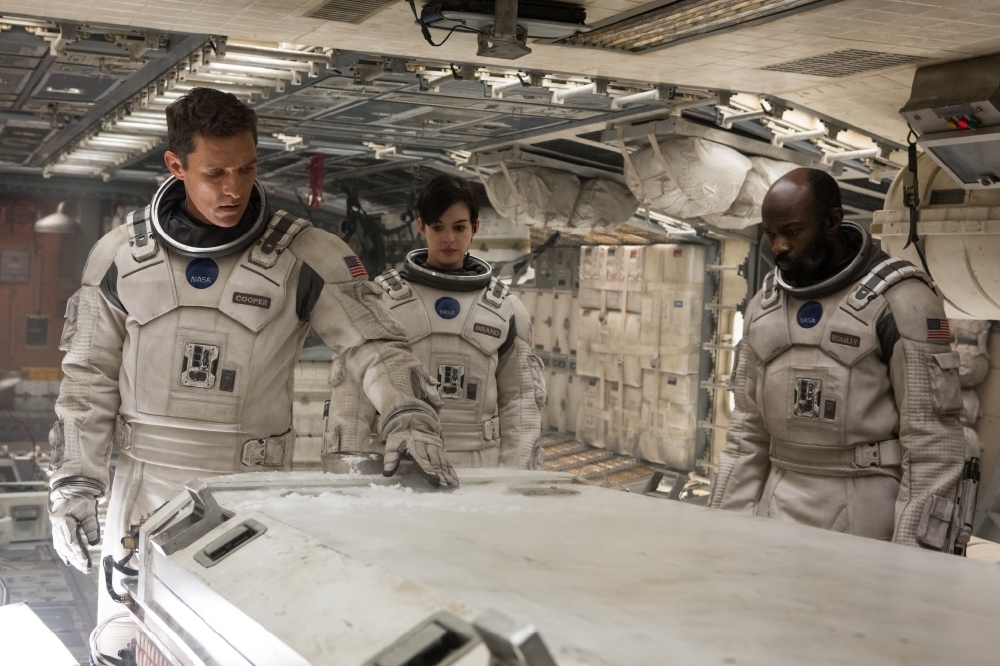 The sci-fi film - starring Matthew McConaughey and Anne Hathaway - walked away with the big prize at the ceremony held at Grosvenor House, Mayfair, in London after being voted for by the readers of Empire magazine and film fans around the globe.

It was a big night for the movie's director Christopher Nolan as he also bagged himself the gong for Best Director, sponsored by Air New Zealand, and was honoured with the prestigious Empire Inspiration Award, which was presented to him by 'Interstellar' actress and two-time Oscar nominee, Jessica Chastain.

After collecting the accolade, Christopher praised his wife, telling the audience: "I'd like to talk about inspiration, and my main inspiration is Emma. She's produced all the films you saw there and a couple of others. She's been there from the start and nothing would be possible without her."

He added: "And thanks to Jessica [Chastain] and all the actors I've worked with over the years, who inspire me."

Other big winners included Rosamund Pike, who won Best Actress for her role as psychotic murderer Amy Dunne in 'Gone Girl', and Andy Serkis, who was named Best Actor for his portrayal of Caesar in 'Dawn of the Planet of the Apes.'

There were also two special awards given out at the ceremony, which was hosted by James Nesbitt.

'Game of Thrones' was given the Empire Hero award, marking the first time a TV show has won the gong, while Ralph Fiennes walked away with the Empire Legend trophy.

The full list of 2015 Empire Awards winners are as follows:

Karen Gillan 'Guardians Of The Galaxy/Oculus'

'X-Men: Days Of Future Past'

Andy Serkis - 'Dawn Of The Planet Of The Apes'