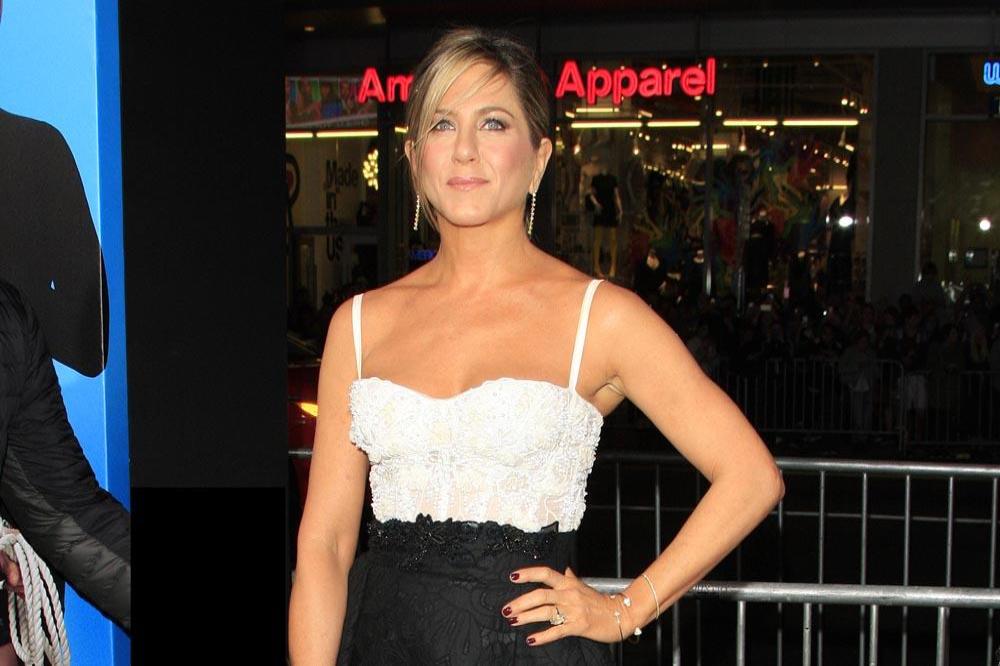 Aniston has admitted to feeling a little uncomfortable as she filmed some sexually provocative scenes with some extras for the sequel to 'Horrible Bosses'.

When Jennifer's co-star Jason Sudeikis reminded her of a particular scene where her character Doctor Julia Harris watches some sexy security footage with two other girls, Jennifer said: "That was one of the most uncomfortable days, I have to say. We were just talking about it like it was the funniest TV show you've ever seen."

She also revealed that some hilarious scenes featuring Charlie Day were omitted from the final cut. The 'Friends' actress said: "Charlie and I also had a wonderful surveillance camera moment that ended up not being in the movie. I had to do it on top of him in a coma, and he broke, half-way through the take, when I grabbed him."

Speaking of her character Julia's sex addiction, Jennifer told the website Collider: "I find it extremely entertaining, the way she speaks, because I don't really think that she thinks that she's saying anything inappropriate."

Despite being known for her comedic roles, Jennifer has starred in several serious films, including the up-coming drama 'Cake' - which is due out in 2015 - and she noted that she enjoys exploring both genres.

She said: "I love doing both.

"There's comedy in drama. There's drama in comedy. I don't find the two exclusive of one another."