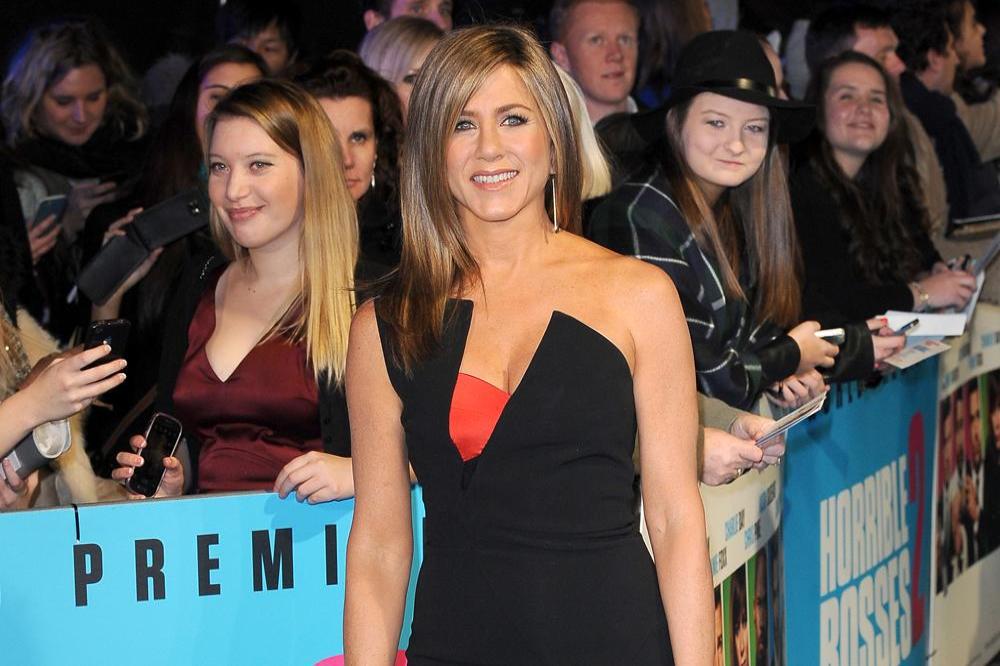 The 45-year-old actress's on-screen character in the film franchise is particularly vulgar and Jennifer admits she revels in playing someone whose personality is so far removed from her everyday self.

Speaking at the London press conference to promote the new comedy - which also stars Jason Sudeikis, Charlie Day and Jason Bateman - the former 'Friends' star reflected: "In language, this character is as far away from me as I've ever got. I mean, 'Suck it like a bombpop down to the blue,' is not something that normally comes trickling off my tongue."

To which co-star Jason Sudeikis responded: "That should be a Nicki Minaj song! You put a beat under that and little girls will be dancing to it. In the car they'd be saying, 'Daddy, put on suck it like a bombpop.' And then in parenthesis, 'Down to the blue.'"

Picking up on the theme, Jennifer said: "That's going to happen Jason, and you should get something for that."