Nicholas Hoult has had a very busy and successful year and he is set to return to the big screen this November with his latest film Kill Your Friends. 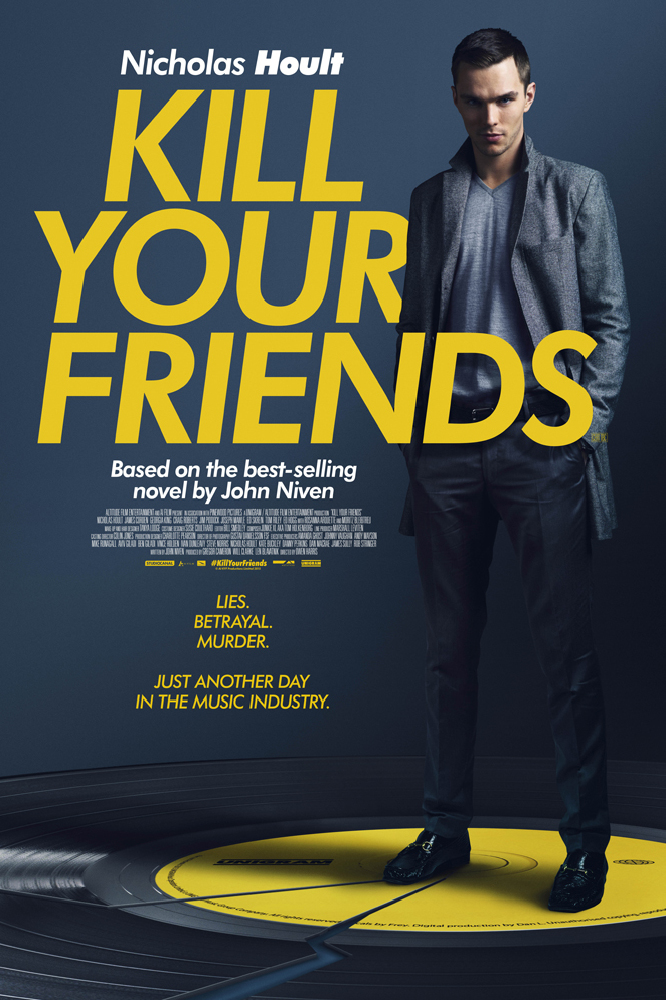 Kill Your Friends is an adaptation of the cult novel of the same name by John Niven - which was released back in 2008 - and sees Owen Harris in the director's chair.

This movie is the feature film directorial debut for Harris. Harris has worked on TV series such as Secret Diary of a Call Girl, Misfits, and Black Mirror and he is making the leap from television to film for the first time.

Hoult is set to take on the role of Steven Stelfox, and A&R man who is working in the music industry at the height of the Britpop craze and he takes centre stage in the fantastic new trailer:

Hoult's central performance is already winning over the critics and I cannot wait to see him take on this exciting leading role.

However, it's not all about Hoult as he is joined on the cast list by Ed Skrein, Rosanna Arquette, James Corden, Craig Roberts, Tom Riley, and Georgia King.

When the road to success is littered with losers and even your closest colleagues are desperate for you to fail, what would you do to make it to the top? London, 1997; the British music industry is on a winning streak.

Britpop bands Blur, Oasis, Radiohead rule the airwaves and Cool Britannia is in full swing. 27-year-old hit chasing A&R man Steven Stelfox (Hoult) is slashing and burning his way through the music business, a world where 'no one knows anything' and where careers are made and broken by chance and the fickle tastes of the general public - 'Yeah, those animals'.