There is only a week to go until Mission: Impossible - Rogue Nation is set to hit the big screen and it looks set to be one of the biggest movies of the summer.

It was back in 1996 when we saw Tom Cruise take on the role of Ethan Hunt for the first time - nearly twenty years later, Cruise is back for the fifth film in the franchise.

The Mission: Impossible franchise has become famed for the outrageous stunts that we see Hunt tackle - all done by Cruise himself - and a brand new set to art deco style posters have been created celebrating some of those moments from a great action franchise. Take a look:

Cruise is not the only familiar face on the Rogue Nation cast list as Jeremy Renner, Simon Pegg, and Ving Rhames are reprising their roles as William Brandt, Benji Dunn, and Luther Stickell - it is great to see these actors and these characters making a return.

However, there are some great new faces to watch out for as Rebecca Ferguson, Alec Baldwin, and Sean Harris all join the franchise for the first time.

With the IMF disbanded, and Ethan (Cruise) out in the cold, the team now faces off against a network of highly skilled special agents, the Syndicate. These highly trained operatives are hellbent on creating a new world order through an escalating series of terrorist attacks.

Ethan gathers his team and joins forces with disavowed British agent Ilsa Faust (Ferguson), who may or may not be a member of this rogue nation, as the group faces their most impossible mission yet. 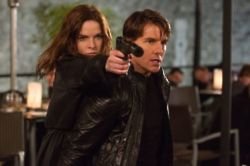 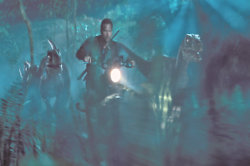 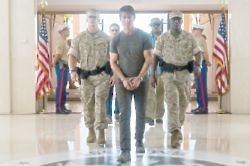