Peter Andre will appear in Ricky Gervais' new film 'Life On The Road'. 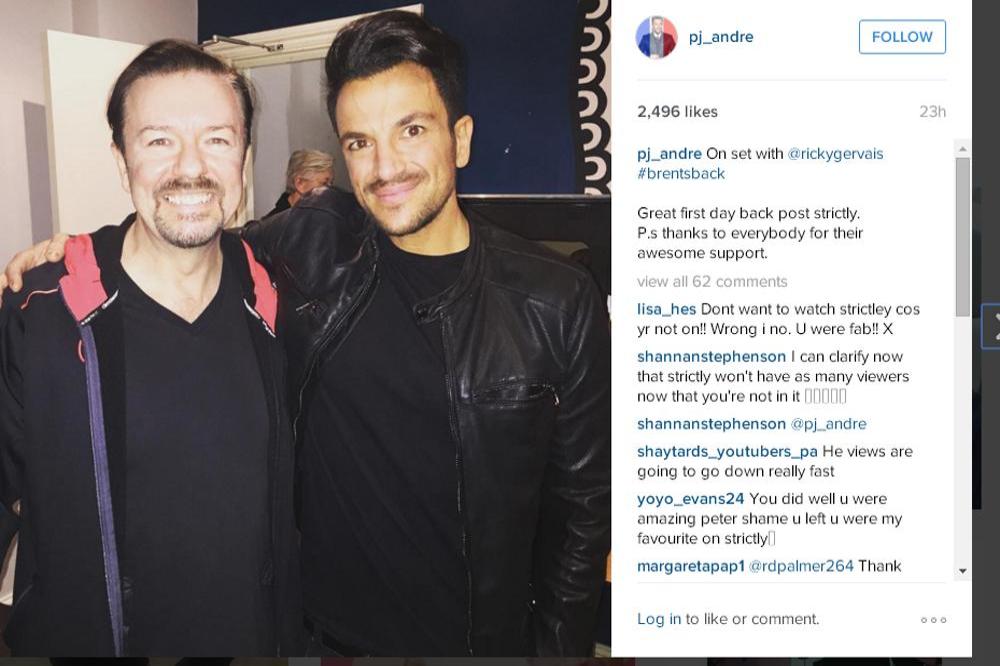 Andre - who was recently voted out of 'Strictly Come Dancing' - will be playing himself alongside Gervais who returns as office manager-turned-wannabe pop star David Brent in a spin-off of his popular TV comedy 'The Office'.

A source told the Daily Mirror newspaper: "Peter loved 'Strictly' but it has been a lot of pressure and it has taken it's toll.

"He is relieved that it has come to an end. Having a part in Ricky Gervais new film has come at the perfect time.

"It's his first part in a film. And while he will be playing himself and it's only a small cameo part, it's given him a chance to have a go at acting."

The 'Mysterious Girl' hitmaker confirmed his part in the film sharing a selfie with Gervais and said he'd had a "great first day" on the set following his departure from 'Strictly...' on Sunday (29.11.15).

Alongside the photo, he wrote: "On set with @rickygervais #brentsback Great first day back post strictly. P.s thanks to everybody for their awesome support(sic)."

The BBC film sees David Brent blow his pension to fund a tour as a rock star.

Gervais has also enlisted the help of Coldplay's Chris Martin who has provided music for the soundtrack.

He previously posted a photo of him and Chris on Twitter alongside the caption: "Still buzzing from our first studio session this week recording the David Brent soundtrack album. Too much fun (sic)."