Robert Downey Jr has hinted that we will be seeing much more of Don Cheadle's character James Rhodes in Iron Man 3.

Downey Jr will be back to reprise the role of Tony Stark in the Marvel movie while Don Cheadle will also be returning.

And the Iron Man actor says that we are going to see more depth to the character of Rhodes as he is more instrumental to the story this time around.

Speaking to Entertainment Weekly the actor said: "Rhodey is much more in the dead centre of things.

"He's much more dynamic. We've made this decision that while Tony is a technical guy, he's not really a trained guy.

"There's a lot of fun to be had with Don because he's really good with hardware and he's a martial artist, so it's been really fun exploiting this possibility of Tony having moments like the one in Avengers, like the one with Cap where he decides, 'Oh screw it, he probably knows what he's doing'.

Iron Man 3 is the first film in this franchise since 2010 but we are going to see the central character of Tony Stark effected by events in Avengers Assemble.

It was suggested earlier this week that Iron Man 3 could lead into Guardians of the Galaxy - another Marvel movie that they are getting off the ground. 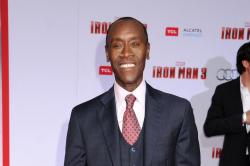 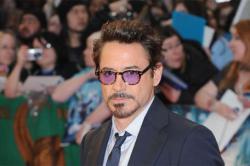 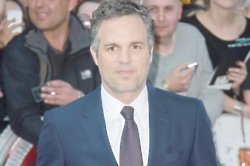