Sacha Baron Cohen will "build a cinema in Grimsby" if his spy movie named after town does well at the box office. 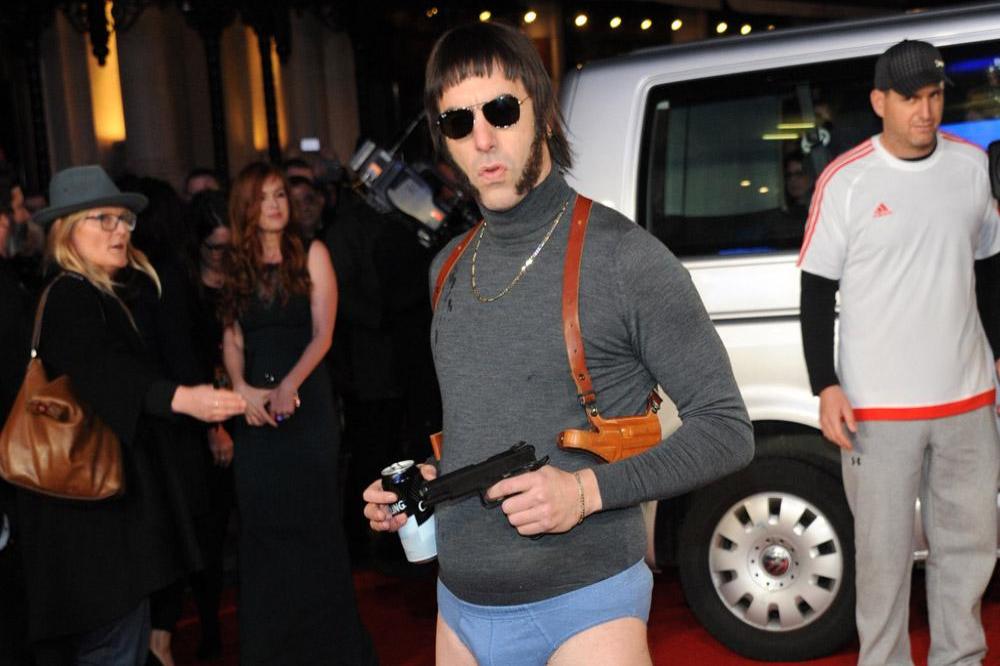 Cohen attended the premiere of the film on Monday night (23.02.16) in London's Leicester Square and arrived in a Volkswagen van channelling his football hooligan alter ego, Norman 'Nobby' Grimsby.

Wearing only blue cotton Y-front pants, a turtle neck, socks and hotel slippers and clasping at a beer at the star-studded event, he paid tribute to the Lincolnshire town in England that features in the film.

And standing beside him was his wife Isla Fisher, who laughed as he joked about the teenage pregnancy rates in the town and told reporters: "Grimsby is the greatest place on Earth.

"If the film goes well I'm going to build a cinema in Grimsby. I'm not saying how big it will be - it'll be a large screen in a pub.

As well as his wife, who also appears in the movie, Sacha was joined at the premiere by his on-screen brother Mark Strong.

However, his on-screen girlfriend Dawn - played by Australian actress Rebel Wilson - was unable to attend.

Speaking in character as the sports fan-turned-super spy - who has nine children with Dawn - Sacha joked: "Dawny actually fell out of a window last night. She got very drunk."

To research the film, Sacha visited various pubs in Grimsby and filmed scenes there, but apparently upset locals including one local pub landlord Nev Carrick who said he doesn't know any fat, tattooed women like the characters in 'Grimsby'.

However, speaking at the premiere, director Louis Leterrier insisted: "It's kind of a homage to Grimsby. It's very colourful. The second part of the movie takes place in Grimsby and shows how amazing and colourful the characters are.

"It's about the underclass taking over." 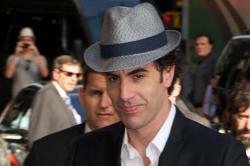