First-time director Ryan Coogler was a double winner at the Sundance Film Festival Awards on Saturday (26Jan13) after wowing critics and audiences alike with his Forest Whitaker-produced drama Fruitvale.

The movie, starring Michael B. Jordan and Octavia Spencer, is based on the true story of 22-year-old African American Oscar Grant III, who was pulled from a train and shot by a white cop in San Francisco, California on 1 January, 2009.

Grant died from his injuries, setting off a number of riots and protests, while the officer, Johannes Mehrle, was sentenced to serve just 18 months in prison for involuntary manslaughter.

The moving film earned Coogler the U.S. Grand Jury Prize for a dramatic feature, while it also claimed the Audience Award in the same category - the first to do so since 2009's Precious, which went on to win two Academy Awards.

Accepting the Grand Jury honor, Coogler said, "When I first made this project, it was about humanity, and how we treat the people we love most and the people we don't know. "To get this means that this film made a powerful impact.

This goes back to my home, the Bay area, where Oscar Grant lived for 22 years". The U.S. Grand Jury Prize and the Audience Award for documentary both went to Blood Brother, about children living with HIV in India, while Jill Soloway's Afternoon Delight was named the winner of the Directing Award, U.S. dramatic, and Zachary Heinzerling's Cutie and the Boxer took home the documentary honor.

Meanwhile, the U.S. Dramatic Special Jury Award for Acting was presented to Miles Teller and Shailene Woodley for The Spectacular Now, and actress Lake Bell was given a huge confidence boost in her skills as a moviemaker after landing the Waldo Salt Screenwriting Award for her feature film directorial debut In A World.... Pussy Riot - A Punk Prayer - which chronicles the arrest and prosecution of Russian punk stars Nadezhda Tolokonnikova, Maria Alekhina and Yekaterina Samutsevich on hooliganism charges - was also a hit at the Sundance prizegiving, scoring the World Cinema Documentary Special Jury Award for Punk Spirit. 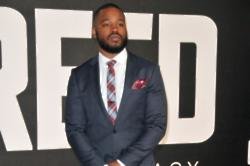 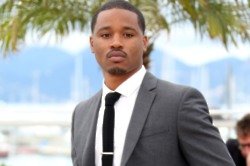