Hard to believe that we are heading into April already, but the spring film season is already upon us. 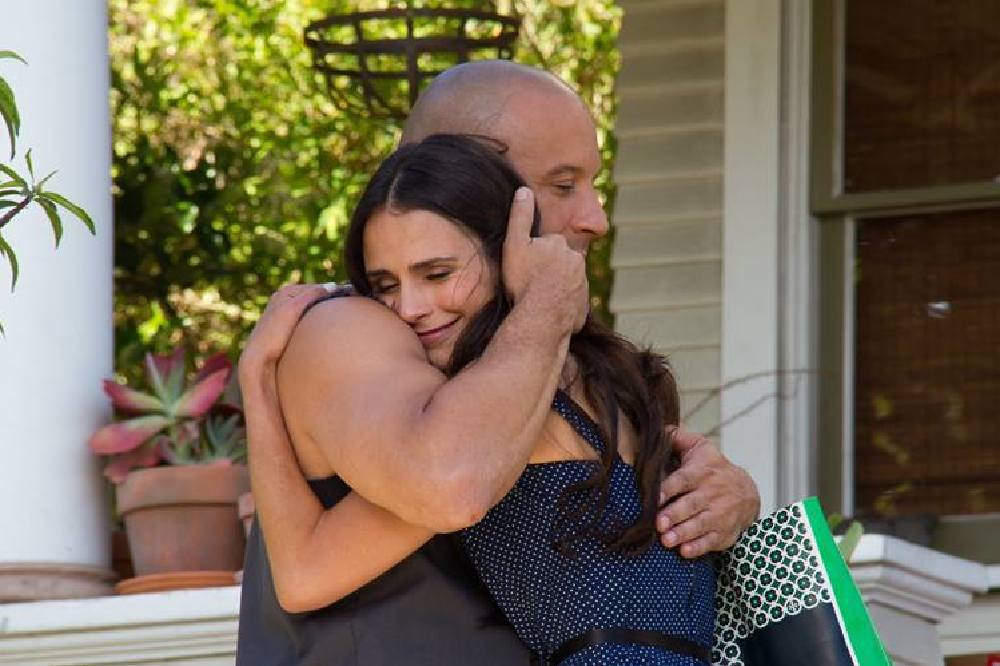 And there is a great mix of movies hitting the big screen over the next few weeks from blockbusters, to book adaptations, period drama, and actors stepping into the director's chair for the first time.

We take a look at the films that you utterly cannot miss this April - there are a few that we are already very excited about.

I don't know about you, but I never expected the Fast & Furious franchise to enjoy the success and the longevity that it has when the first film was released way back in 2001.

Nearly fifteen years later, the franchise is bigger and better than ever and Fast & Furious 7 is the first of the MUST SEE April blockbusters that our heading out way.

The movie comes two years after the sixth film - which is currently the most successful movie in the series - and sees James Wan take over the director's chair for the first time.

However, this is a movie that is tinged with sadness, as it will be the final time that we see Paul Walker on the big screen. Walker lost his life in a car accident during the filming of the new movie and his brothers Caleb and Cody have stepped in to help get the movie finished.

I am looking forward to seeing Jason Statham as new villain Deckard Shaw, while Kurt Russell and Nathalie Emmanuel are two of the other big new additions.

Fast & Furious 7 follows on from events in the sixth film, which saw Dominic, Bryan and the team bring down Owen Shaw. But now they have an even bigger problem on their hands as Owen's older brother Deckard is out for revenge. It is set to be one of the biggest films of the year as well as the biggest instalment of this popular franchise.

We are going to see a handful of actors make that leap into the director's chair this year, but Russell Crowe is the one that I have been looking forward to the most.

The Water Diviner is his first foray into the director's chair - and he is going to star in the film as well, which is inspired by true events.

Crowe will take on the central role of Connor - a father who sets of to Turkey in search of his three missing sons who fought in the Battle of Gallipoli. He soon discovers that one of his sons may not have been killed in the battle.

However, it is not all about Crowe, as he has brought together a great cast that includes Olga Kurylenko and Jai Courtney.

The Water Diviner has already been winning over critics and audiences in Australia and New Zealand, when it was released at the end of last year, and now the film will be released in the UK on Friday.

I think The Water Diviner is going to kick off a while new chapter in Crowe's career - will we see him more as a filmmaker than an actor? I guess we are going to have to wait and see.

If action films are your thing the John Wick is one that is not to be missed this April - it has already been whipping up a storm. The movie sees Keanu Reeves return to the big screen as he takes on the title role.

John Wick is the feature film directorial debut of Chad Stahelski, who makes the leap from stunt co-ordinator to filmmaker with this project. The trailer promises to be an action packed and high-octane movie and some of the critics are already raving about it.

Reeves will take on the role of John Wick in the film, and is joined on the cast list by Michael Nyqvist, Alfie Allen, Willem Dafoe, Dean Winters, and Adrianne Palicki.

When a retired hit man is forced back into action by a brutal Russian mobster, he hunts down his adversaries with the ruthlessness that made him a crime underworld legend in John Wick; a stylish tale of revenge and redemption.

While we have seen Reeves in the likes of The Matrix and 47 Ronin during his career, this is an action role that we have never seen him star in before.

We are huge fans of Tom Hardy here at FemaleFirst, and he is set to return this month with the big screen adaptation of Child 44.

The movie is based on the book of the same name by Tom Rob Smith and sees Daniel Espinosa back in the director's chair to team up with Hardy and Gary Oldman for the first time.

When he uncovers evidence of a serial killer, Leo (Hardy) must work against the all-powerful Soviet government - who deny the existence of any crime in their twisted idea of 'paradise' - to track him down before he strikes again. But how do you find a killer when crime does not exist? Testing Leo's loyalty, the State accuses his wife, Raisa (Rapace) of being a traitor, but Leo refuses to arrest her and they are exiled from Moscow.

Having lost his status and power, Leo must find redemption by working with General Mikhail Nesterov (Oldman) to find the murderer and stop him once and for all, no matter what shocking truth he uncovers.

If you are a fan of period drama, make sure that you don't miss A Little Chaos, which is the second feature film from actor turned director Alan Rickman.

Rickman made his directorial debut back in 1998 with The Winter Guest and this new film will see him star as well as direct. The movie will also see him reunite with Kate Winslet, who he worked with for the first time in Sense and Sensibility.

Winslet will take on the role of a female landscape gardener, who is given the honour of designing the grand gardens at Versailles - a role that pushes her into the centre of King Louis XIV's court.

Rickman will play King Louis XIV, and he and Winslet are joined on the cast list by Matthias Schoenaerts, Stanley Tucci, Jennifer Ehle, and Helen McCrory.

The movie played at the Toronto International Film Festival and London Film Festival last year, where it was met with great reviews. I am a huge fan of both Winslet and Rickman and I cannot wait to see them working together once again.

While April is a very exciting film month, there is only one movie that I want to see... of course, I am talking about Avengers: Age of Ultron.

It has been three years since Avengers Assemble hit the big screen, and since then we have seen Iron Man, Thor, and Captain America all enjoy solo success - now they are back together and fighting to save the world once again.

Joss Whedon is back in the director's chair and he has promised a bigger, darker, and grittier movie than that first - I really cannot wait to see what he delivers this time around.

Avengers Assemble grossed in excess of $1.5 billion back in the summer of 2015 - going on to become the highest grossing Marvel film of all time. Will it still hold that title when Age of Ultron's theatrical run comes to an end? This is the first to two Marvel films to be released this year - the other being Ant Man - and it is set to be one of the biggest movies of 2015 at the global box office.

When Tony Stark tries to jumpstart a dormant peacekeeping program, things go awry and Earth's Mightiest Heroes, including Iron Man, Captain America, Thor, The Incredible Hulk, Black Widow and Hawkeye, are put to the ultimate test as the fate of the planet hangs in the balance. As the villainous Ultron emerges, it is up to The Avengers to stop him from enacting his terrible plans, and soon uneasy alliances and unexpected action pave the way for an epic and unique global adventure.

Other movies to watch out for include, The Falling, The Salvation, Good Kill, and The Last Five Years. 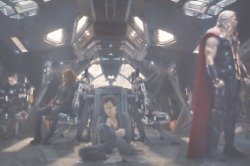