Actresses Overlooked At The Oscars

There are just four days remaining until we discover if anyone can beat Meryl Streep to the Best Actress Oscar - it seems if anyone is going to upset Streep's party then it could be Viola Davis.

And while it seems that Streep is nominated for something every year however it is exactly thirty years since the she won her last Oscar for Sophie'Choice - it would be hard not to argue that she deserves more Academy Awards success than she has had.

With that in mind we take a look at some of the silver screens biggest actresses who missed out on the industry's biggest nigh.

Lauren Bacall remains one of Hollywood's greatest leading ladies with her sultry looks and her husky voice and yet she NEVER won an Oscar for her work.

What's even more stunning is that she only pocked up a single nomination throughout her career and that was for The Mirror Has Two Faces back in 1996.

But the likes of To Have and Have Not, the  breakthrough role which made her a star, were overlooked.

The Academy attempted to put this right in 2008 when she received an Honorary Oscar for her body of work.

Deborah Kerr is one of the greatest British actresses to have every graced the big screen with roles in the likes of The King And I and From Here To Eternity.

And despite picking up six nominations during that glittering career she never walked away with the honours.

And, like Bacall, she received an honorary award in 1993 in recognition of her work.

Janet Leigh enjoyed an illustrious acting career that saw her tackle a whole host of genres.

And yet she is another big named star who was overlooked when it came to the major movie award as she was nominated just once during her career.

It would be for her role in Psycho that she would bag a Best Supporting Actress nomination - she was never nominated for Best Actress.

When you think of child stars Judy Garland remains one of the most famous and most successful.

She burst onto the big screen in The Wizard of Oz - for which she received a special Juvenile Oscar in 1939.

But during her adult career she would be nominated on just two occasions; Best Actress for A Star Is Born & Best Supporting Actress for Judgement In Nuremberg.

On both occasions she was beaten to the gong and she never won an Oscar in her adult career.

There is no bigger cinema icon than Marilyn Monroe and she burst onto the big screen in the late forties - but it wasn't until The Asphalt Jungle and All About Eve that she really grabbed everyone's attention.

Despite her iconic status and movies such as Gentlemen Prefer Blondes, The Prince and the Showgirl and Some Like It Hot under her belt she was never nominated for an Oscar.

In modern day cinema Glenn Close is one of the most nominated actresses with six nods under her belt - but she is yet to land the prize.

The World According to Garp, The Big Chill, The Natural, Fatal Attraction, Dangerous Liaisons and Albert Nobbs have seen Close nominated for both Best Actress & Best Supporting Actress..

This year Albert Nobbs is the performance that has seen her pick up her sixth nod but she is in a category with Streep, Davis, Michelle Williams & Rooney Mara.

And much like Humphrey Bogart it is felt that Audrey Hepburn should have had more than her one Oscar.

She won the Best Actress gong for her debut performance in Roman Holiday but was overlooked for the likes of My Fair Lady & Breakfast At Tiffanys. 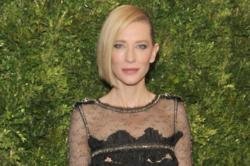 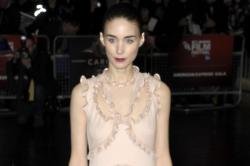