Simon Cotton is set to return to the big screen this week as he reprises the role of Ronnie Kray in Fall of The Krays; which comes after the success of The Rise of the Krays. 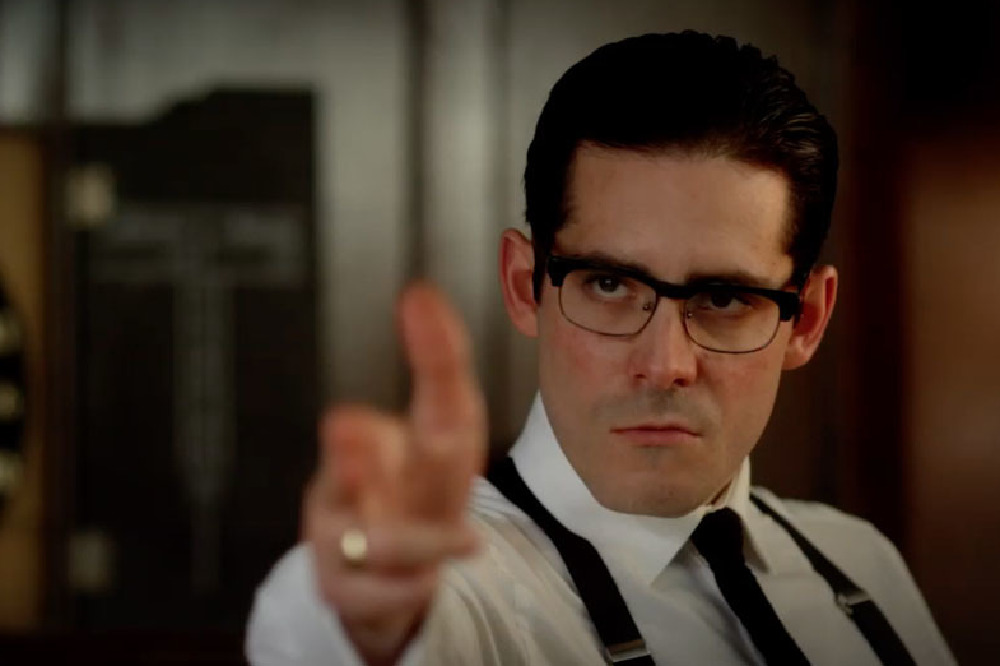 Cotton reunites with actor Kevin Leslie and director Zackary Adler to continue the story of the Kray brothers and explore these infamous criminals further.

We caught up with the actor to chat about the movie, taking on the role of Ronnie Kray, and what lies ahead as we go into the new year.

- You are about to return to the big screen The Fall of the Krays, so can you tell me a bit about the film?

Fall of the Krays charts the downfall of the Kray brothers from their heyday in the early sixties to their eventual imprisonment. We filmed it alongside the already released Rise of the Krays and so to us, as actors, both films are essentially part of the same story.

Fall of the Krays continues immediately where Rise left off, though as the empire the brothers constructed starts to fall apart it has a slightly different focus to the first film. Whereas the first was Ronnie's story, this follows Reggie more closely as he desperately tries to hold his disparate lives together.

- The movie will see you reprise the role of Ronnie Kray - so what was it like returning to the a role that you have explored before? It's not often you get to explore a character more than once as an actor?

Because we film both films back to back it was less about returning to a role and more about delving deeper into it. Because we had two films to tell the story it gave me, as an actor, an incredibly fortunate opportunity to really show all sides to this complex character and try to examine him as fully as possible.

- Which areas of Ronnie Kray and his life were you most interested in exploring this time around that you perhaps didn't get a chance to in the first film?

I think that in Fall of the Krays although Ronnie is still prone to terrifying episodes of paranoia and mania he has learnt to live with his illness slightly better. Or perhaps more accurately, I should say that rather than letting it control him he has learnt to use it to control other people.

I found it incredibly interesting to explore Ronnie's sense of omnipotence in this film. He really believed that no one could touch he and Reg and he saw fear as a sign of weakness.
I think in the Rise he was slightly afraid of himself, or, at least, the paranoid delusions inside his mind, but by this point of the story he is not afraid of anything. That was an important difference and a vital part of his character to try and portray.

- You first took on the role of Ronnie in The Rise of the Krays so what was about this story and this man that was the major drawn for you?

I think that any actor who is offered the chance to play Ronnie Kray (even if the imperious Tom Hardy was playing him in the same year) would jump at it. It is quite a responsibility and therefore slightly nerve-wracking because the Krays are a part of the London identity, and, in a way, the whole of the UK's.

Everyone has an idea of them in their mind so you open yourself up to a lot, but there are few characters who offer such a complex and muscular vehicle within which to practise your craft. There is something glamorous and fun about playing a gangster, it's the stuff you dream about when you start out as an actor, but there is also a truth and a reality that you have to try and find. For that reason, it was a part I couldn't say no to.

- Of course, the Krays are two iconic figures. so what kind of research did you do as you were preparing for the role? Did you discover anything about Ronnie during the research period that you didn't know or didn't expect?

There is a surprisingly small amount of archive footage of the Krays online, so physicality was one thing that was quite hard to research. What there is a huge amount of books and stories and 'anecdotes' of their life and times. The book that Kevin and I leant heavily on was John Pearson's 'Profession of Violence.' It was a case of finding as much information as possible and then applying that to the script.

I also think that because we didn't perhaps have the budget of other films and couldn't utilise prosthetics or the likes as much as we'd have liked, Kevin and I definitely made a decision to try and capture and put across the feeling of the Kray twins. Anyone who met them talks of their aura, their particular personalities and that is something we really worked hard to show on screen.

The thing I found most surprising when researching Ronnie was just that he was unquestionably a nasty, nasty, evil man. He did horrible things that two films couldn't even begin to cover. I had to try and find his humanity, but I also wanted to avoid a glamorisation of him. I wanted to find chinks of light, but really there was a real, genuine darkness in him that I wanted to convey.

- There is and always has been a real fascination with Ronnie and Reggie Kray - why do think people are still fascinated with them today?

I think people are still fascinated by the Krays because for all their bad deeds they represented something. London, and the East End, in particular, was still on its knees after the second world war and suddenly these two boys, identical twins, rose out of it with strength and brains and massive nuts! They represented the East End, its boxing heritage, the dark boozers, the illicit deals, but they brought West End glamour to it.

They mimicked Al Capone, and really they were the first in this country to do so. They got away with a lot for a long time, they loved their mum and there was also a bit of a myth that they helped their own. All these things lend a certain romance to their legend. I think people overlook the reality of their crimes because everyone wants to believe that you can have success and wear sharp suits just because you have the determination to do so.

- The Fall of the Krays sees Zackary Adler back in the director's chair, so how have you found working with him again?

Zackary Adler was great to work for. He understood when to jump in and when to just let the camera roll. He allowed a great deal of freedom but then was there to check or guide it. There were many ideas he allowed me to bring to the scenes and I think this was important, especially for Ronnie, as we always wanted other cast members to be on edge, to never quite feel at ease when Ronnie was in the room. I found with Zack's assistance I could really allow my imagination and instinct to come through.

- Kevin Leslie takes on the role of Reggie Kray in the film, so how have you found working with him? And how challenging was it to build the brotherly bond that is needed for these roles?

Kevin and I auditioned for the roles together. I think the bond we grew on that first day was vital. Fortunately, we are now bosom buddies off set too. I felt we had an energy and understanding that shines through, even if we don't look completely identical!
It was tough in scenes because our characters were fighting most of the time, but due to our real life friendship, it felt like underneath it all there was always this sense of love and an inextricable link. That felt important.

- Over the years, we have seen quite a few different depictions of the Kray brothers, but what sets The Rise of the Krays and The Fall of the Krays apart from the others?

What sets Rise of the Krays and Fall of the Krays apart? I love both of the other more famous versions. The Kemp brothers version is iconic and I'm sure Legend will live just as long in Cinema's memory, but I think our films have an authenticity and a grit that really pack a punch. The camera never shies away and I don't think we shied away from showing the nasty side of the Krays, particularly Ronnie.

Being two films, the script has a chance to delve deeper into the underworld, to really add detail to the piece. On top of that, it contains a bunch of young, emerging actors, all at the start of their careers who are hungry and passionate about their craft. I think that really comes through, in very differing ways, in some of the key performances.

- The Fall of the Krays is only the second feature film of your acting career, so how have you found moving into features for the first time?

I was extremely lucky that this opportunity came along when it did. I've been working in the theatre for many years, and I love being on stage, but as you might expect feature films are a whole other world. It's quite an honour and a responsibility to lead a cast (along with Kevin), so it was a doubly huge experience for the both of us.

There are new techniques to get used to very quickly and different challenges (filming under a rain machine at 3am in minus degrees for one!), but it's a very, very exciting place to be and feature films are something I want to be a part of for a long time to come.

I have been cast to play the lead in another feature that will be released next year. It's called Dockyard, is directed by the up and coming Vikrant Chopra and has a very exciting cast lined up.

Although it's a crime-based thriller it's a very different character to Ronnie Kray so I cannot wait to get my teeth into that. All being well you won't be able to get me off your screens!

Fall of the Krays arrives in cinemas and on demand from 1st January. 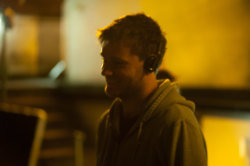 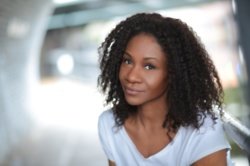 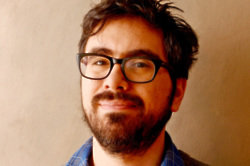