The Bond franchise has gone from strength to strength with Daniel Craig in the role as 007 and he is set to return for his fourth outing as the super spy in the already highly anticipated Spectre. 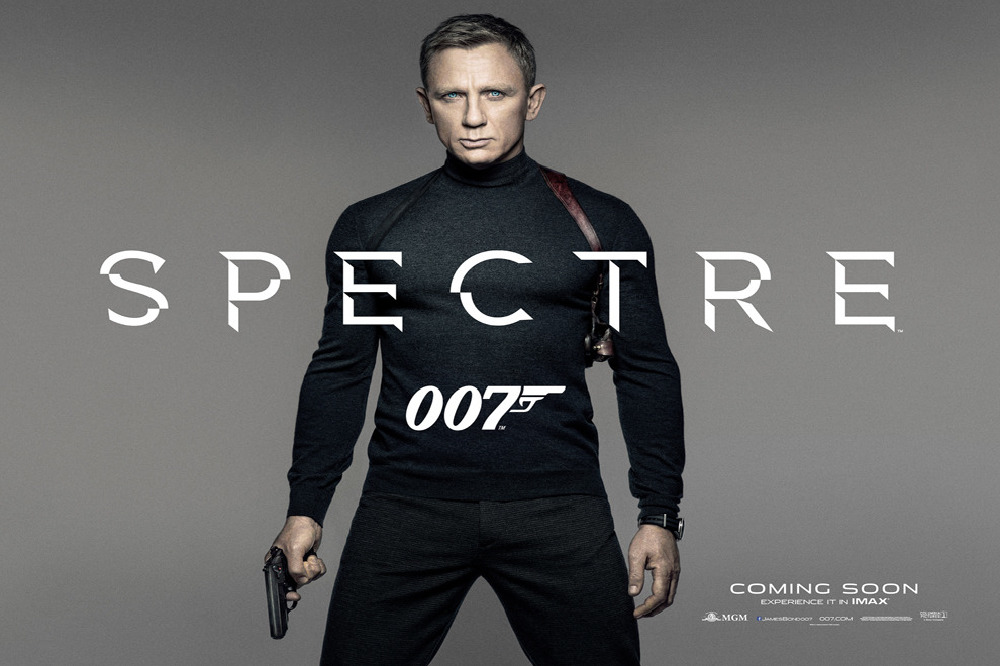 Spectre is the first Bond movie that we have been treated to since the billion dollar success of Skyfall back in 2012 - hard to believe that it has already been three years since fans and critics were left raving about the twenty third film in the franchise.

This October, the twenty fourth film will hit the big screen and is set to be one of the must see blockbusters of the autumn. Skyfall became the first Bond movie to gross over $1 billion at the global box office - can Spectre follow in its footsteps?

One of the reasons that I am so excited for Spectre, is that the movie will mark the return of Sam Mendes to the director's chair. This is the first film for Mendes since Skyfall and it is great to see the Oscar winning filmmaker back at the helm of a major movie.

John Logan is also back as he has had a hand in penning the screenplay alongside Neal Purvis and Robert Wade - if the Spectre script is anywhere near as good as Skyfall then we are in for a major treat this October.

For me, Craig has become the greatest Bond of all time and I really do hope that we are going to see him reprise this role again after the release and ultimate success of Spectre. There is already a lot of speculation about who will take over the role when Craig steps down... I really hope he won't be doing that stepping down any time soon.

Craig will not be the only familiar face on the cast this time around as he is joined by Ralph Fiennes, Naomie Harris and Ben Whishaw, who will be reprising the role of M, Eve Moneypenny and Q. They were great new additions to the cast list last time around and I am glad that this trio of terrific British actors will be making a return.

However, there are, of course, plenty of new names on board as we are going to see Léa Seydoux, Monica Bellucci, Dave Bautista, Andrew Scott, and double Oscar winner Christoph Waltz all join the action franchise for the very first time.

A cryptic message from the past sends James Bond on a rogue mission to Mexico City and eventually Rome, where he meets Lucia Sciarra (Bellucci), the beautiful and forbidden widow of an infamous criminal. Bond infiltrates a secret meeting and uncovers the existence of the sinister organisation known as Spectre.

Meanwhile back in London, Max Denbigh (Scott), the new head of the Centre for National Security, questions Bond's actions and challenges the relevance of MI6, led by M (Fiennes). Bond covertly enlists Moneypenny (Harris) and Q (Whishaw) to help him seek out Madeleine Swann (Seydoux), the daughter of his old nemesis Mr White (Christensen), who may hold the clue to untangling the web of Spectre. As the daughter of an assassin, she understands Bond in a way most others cannot.

As Bond ventures towards the heart of Spectre, he learns of a chilling connection between himself and the enemy he seeks, played by Waltz.

We have already seen four movies gross over $1 billion at the global box office so far this year and Spectre could be one of a trio of movies that could also achieve this feat during the autumn season of movies.

I have to say, Spectre has been a movie that I have been looking forward to all year and it looks like Mendes and co are going to deliver another great film in this iconic franchise. There's not too long to go now until the movie hits the big screen and is set to be one of the biggest films of the year. We are going to have to wait and see just how successful the film will be worldwide.