The Croods is one of the animation films that we are super excited about here at FemaleFirst as Dreamworks Animation return with another gem of a film.

The studio has produced some terrific animation films over the years and that trend looks set to continue as we are introduced to a new set of characters and go on a prehistoric road trip.

With every animation movie that is released the voice cast seems to get more and more impressive and this time round Nicolas Cage, Ryan Reynolds, Emma Stone and Katherine Keener have all come together to bring these characters to life.

And we have a fantastic new clip from the film for you to kick back and enjoy:

The film sees Kirk DeMicco and Chris Sanders team up for the first time in the director's chair - but neither are a stranger to animation.

Sanders has directed the likes of How to Train Your Dragon and Lilo & Stitch while DeMicco was behind Space Chimps.

Travelling across a spectacular landscape, the Croods discover an incredible new world filled with fantastic creatures - and their outlook is changed forever.

The Croods looks set to be a film packed with family fun and it is one of the animation films of early 2013 that is not to be missed. 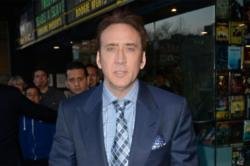