The Man From U.N.C.L.E. is set to hit the big screen this week and it is great to see Guy Ritchie back in the director's chair. We haven't seen Ritchie at the helm of a film since Sherlock Holmes: A Game of Shadows back in 2011 and now he is back with The Man From U.N.C.L.E., which is based on the hit sixties, television series of the same name.

The movie is already winning over the critics and is one of the August movies that I cannot wait to see - it really does look like it is going to be a whole lot of fun. The movie is set to hit the big screen on Friday and we have some great clips for you to take a look at:

Henry Cavill and Armie Hammer take over the roles of CIA agent Napoleon Solo and KGB operative Illya Kuryakin for the first time; the roles were played by Robert Vaughn and David McCallum in the original series.

Cavill and Hammer are two actors that are well and truly on the rise and The Man from U.N.C.L.E. will mark the first time that they have worked together and with Ritchie.

We are big fans of Alicia Vikander here at FemaleFirst and she is set to take on the role of Gaby in the film, while Elizabeth Debicki, Jared Harris, and Hugh Grant complete the terrific cast list.

Set against the backdrop of the early 1960s, at the height of the Cold War, 'The Man from U.N.C.L.E.' centres on CIA agent Solo and KGB agent Kuryakin. Forced to put aside longstanding hostilities, the two team up on a joint mission to stop a mysterious international criminal organization, which is bent on destabilizing the fragile balance of power through the proliferation of nuclear weapons and technology.

The duo's only lead is the daughter of a vanished German scientist, who is the key to infiltrating the criminal organization, and they must race against time to find him and prevent a worldwide catastrophe.

I have been a big fan of Ritchie for many years and it is always great to see him back in the director's chair. The Man From U.N.C.L.E. was one of the most popular TV series of the sixties and I am looking forward to see the filmmaker put his stamp on it. 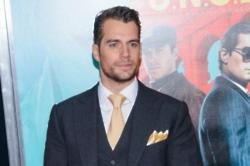 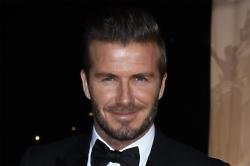 David Beckham 'Not Serious' About Acting