Jeremy Renner is one of our favourite actors here are FemaleFirst and he is one of the biggest names in film with some great movies under his belt.

As well as starring in two of the biggest franchises, Renner also has two Oscar nominations under his belt in recent years for Best Actor and Best Supporting Actor.

He returns to the big screen this week with Mission: Impossible - Rogue Nation, which sees him reprise the role of William Brandt for his second Mission: Impossible film. We take a look at some of Renner's best performances and which of his movies you have to see.

While Renner has enjoyed an acting career that had already spanned over a decade by the time he starred in The Hurt Locker, this was the movie that really did put him on the map and make everyone site up and take notice of his talent.

The Hurt Locker was released back in 2009 and saw Renner team up with director Kathryn Bigelow for the first time. The movie was set during the Iraq War and followed the daily regime of an army bomb squad - Renner took on the role of Sergeant First Class William James, who was new to the squad and had a very different way of working.

For me, The Hurt Locker was the best movie to hit the big screen in 2009 as Bigelow delivered s visceral no nonsense war movie - at no point was it a piece of propaganda to show how wonderful the Americans were, it just told a simple story about soldiers risking their lives on a daily basis.

Renner is fantastic as James - a man who is not afraid to take risks with his dangerous job and gets a kick from putting his life on the line on a daily basis. It was a performance that really grabbed the attention of Hollywood as he went on to pick up his first Best Actor Oscar nomination.

The Hurt Locker is a powerful and edge of your seat movie that was to scoop the Best Picture Oscar - beating favourite Avatar to the prize.

This remains Renner's major breakthrough moment and ever since, he has seen his star rocket with bigger and bigger movies coming his way.

However, it was not in a huge blockbuster that he next achieved critical acclaim... that came in 2010 when he teamed up with Ben Affleck in crime/drama The Town.

The Town marked the return of Ben Affleck to the director's chair - this was his first film since making his debut with Gone Baby Gone - and he also took on the central role.

Based on the book by Chuck Hogan, the movie follows Boston bank robber Doug MacRay (Affleck), who falls for a woman his gang had previously taken hostage after feigning a chance meeting with her to ensure that she can't identify them.

Renner took on the supporting role of James Coughlin - the darkest and most violent character in the film and he creates an air of menace every time he is on screen. He is a character that is dangerous and unpredictable and Renner really does get the chance to play with this dark side.

The Town is a terrific heist movie and cemented Affleck as a talented filmmaker to watch out for. As well as giving a great performance himself, Affleck also assembled a terrific cast list - but it was Renner who really shone.

For his performance, Renner picked up a second Oscar nod - this time for Best Supporting Actor. However, Renner lost out to Christian Bale for The Fighter.

The character of William Brandt was one of the new additions to the franchise as Renner teamed up with Tom Cruise for the first time, while Brad Bird was in the director's chair.

Mission: Impossible - Ghost Protocol is a terrific action movie and is one of the strongest films in the franchise to date. The film's quick tempo and great action set pieces will keep you on the edge of your seat.

However, it is not all about the action and the special effects as the movie explores some interesting character dynamics as questions are asked about the loyalties of Brandt - the tense scenes with him and Cruise make for interesting watching.

Mission: Impossible - Ghost Protocol was a box office smash in 2011 as it went on to gross in excess of $694 million at the global box office and is the highest grossing film in the series to date.

Renner is set to reprise the role of Brandt in Rogue Nation - which I think will go on to eclipse Ghost Protocol at the box office. Can it become the highest grossing film in the franchise? I guess we are going to have to wait and see.

Not content with one huge franchise under his belt, Renner joined the Marvel world in 2012 when he was cast as Hawkeye in Avengers: Assemble. We did briefly get a glimpse of the character in Thor, but this was the first time that we had been introduced to Hawkeye properly.

Avengers: Assemble was the biggest film that Marvel had tackled to date as Robert Downey Jr, Scarlett Johansson, Chris Evans, Mark Ruffalo, and Chris Hemsworth were also on board as Iron Man, Black Widow, Captain America, Hulk and Thor - it was the first time we had seen all of our heroes together in one place.

Joss Whedon was in the director's chair for the film, which balanced some fantastic action sequences with introducing out central characters and developing the relationships - at first the animosity and friction - between our heroes.

Avengers Assemble remains my favourite Marvel film as it is a lot of fun and really sets the foundations for the movies that have followed in the last couple of years.

Kill The Messenger may not have been the most high profile of Renner's movies but it sees him deliver another stunning central performance.

Directed by Michael Cuesta, the movie follows the true story of reporter Gary Webb who stumbles onto a story which leads to the shady origins of the men who started the crack epidemic on the nation's streets...and further alleges that the CIA was aware of major dealers who were smuggling cocaine into the U.S., and using the profits to arm rebels fighting in Nicaragua. However, his investigation puts his career, his family, and his life in danger.

Renner takes on the central role of Webb in the film and delivers a powerful performance as the idealistic journalist who believes in uncovering the true and revealing that truth to the world.

Webb is a man of honour and Renner really does get under the skin of this man to give a very compelling portrayal of him.

Sadly, the movie itself doesn't quite live up to Renner's central performance but that doesn't take anything away from the work that the actor does on screen.

Other Jeremy Renner movies not to miss include Hansel and Gretel: Witch Hunters, 28 Weeks Later... and North Country. 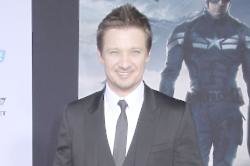 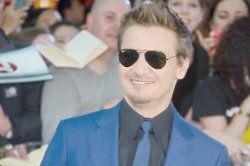 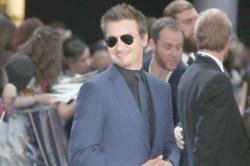