It is amazing how quickly ten years has flown by and the movies that were released back in 2005 are now celebrating their tenth anniversary - it doesn't half make you feel old. 2005 was a terrific year for movies as we were treated to a mix of blockbusters, drama, science fiction, comedy, and horror - there really was something for everyone. Many of the movies went on to enjoy huge success and some cult status.

Christopher Nolan's Batman series won over critics and audiences and it all started back in 2005 when Batman was brought back to the big screen. The movie came nearly ten years after the rather awful Batman & Robin and some fans thought we would never see the caped crusader on film again.

Nolan took the franchise right back to the beginning with Christian Bale in the central role of Bruce Wayne for the first time - while Bale may not have been the name that you immediately thought of when casting Batman, he proved to be an excellent choice as he brought power and gravitas to the character and the role.

Written by Nolan and David S. Goyer, Batman Begins explored the death of his parents, his training with the League of Shadows as a young man, and his return to Gotham to bring peace and safety to the city. There he faces those who want to fight alongside him and those who would rather see the chaos and suffering continue.

While Nolan was telling a story that we knew well, there was something fresh about Batman Begins as well as a much darker tone that we had seen in some of the previous films. This dark tone runs through the trilogy and played a huge role in elevating the movies to something more.

Batman Begins was a blockbuster with intelligence as well as looking fantastic - thrown in that edgier tone and you had the start of a terrific series of movies. Bale owned the role of Banner/Batman like no one had really done before him and we saw a conflict and uncertainty in this character that had never been explored before.

Batman Begins was a critical hit when it was released and went on to gross in excess of $374 million worldwide - in fact, it is a film that should have performed much better at the box office.

Sin City was one of the unmissbale movies of summer 2015 as the Frank Miller graphic novel was brought to the big screen for the very first time. It went on to be one of my favourite films that year and remains one of my greatest cinema experiences - shame the sequel was such a let-down.

Frank Miller, Robert Rodriguez, and Quentin Tarantino teamed up to direct the film, which was based on the first, third and fourth books in Miller's original series. Sin City followed three different story threads of violence and corruption in Basin City - bringing to life terrific characters such as Marv, Nancy Callahan, Dwight McCarthy, and John Hartigan.

Sin City remains one of the most stylish movies that I have ever seen and the black and white look with splashes of colour is a major nod back to the original graphic novels - I always loved how this film never forgot the original source material.

But Sin City is not a film that is style over substance as the central characters of Marv, John, and Dwight are developed beautifully with some intriguing relationship dynamics with Goldie, Nancy, Shellie, and Gail.

Sin City is an extremely violent movie and yet, you never feel like it is violent for the sake of it - unlike the sequel. The action is thick, fast, incredibly bold and will leave you reeling.

Sin City really was a ground-breaking piece of film noir cinema and while many movies have tried to replicate this look and feel of this film, they have all fallen desperately short. Sin City was an instant classic and was one of the best films to hit the big screen that year.

Many fans were left disappointed when Joss Whedon's TV series Firefly was shortlived and cancelled. However, Whedon returned to the director's chair to bring it to the big screen in 2005.

Events in the film took place after events of the final episode of the series and saw many familiar characters make a return. Serenity was the first feature film of Whedon's directing career and saw him also pen the screenplay. By this time, Whedon was known for his TV work with Firefly, Buffy the Vampire Slayer and Angel under his belt.

Nathan Fillion, Gina Torres, Alan Tudyk, Morena Baccarin, Adam Baldwin, Summer Glau, and Chiwetel Ejiofor were some of the names on the cast list as the film followed the crew of the ship Serenity tries to evade an assassin sent to recapture one of their number who is telepathic.

I did not known about the TV series Firefly when I sat down in the cinema to watch Serenity - you really don't have to have seen the show to really kick back and enjoy the movie, as it is a terrific watch.

There are some great action moments throughout - the finale is a particularly high point - while the movie looks fantastic from the interior of the ship, the different worlds they visit, to simply flying through space. Thrown in some really engaging characters and you have a sci-fi gem that is a must see.

The movie did give the Firefly series a triumphant end and was a critical hit, but the movie did struggle to find an audience when released.

We have been treated to some great period dramas over the years, and Pride & Prejudice is one of those standout films - hard to believe that the movie is a decade old.

Pride & Prejudice was released in 2005 and saw the much loved Jane Austen novel adapted for the big screen. The movie marked the feature film directorial debut of Joe Wright as he teamed up with Keira Knightley for the first time. Knightley took on the role of Elizabeth Bennet and began a great actor/director relationship between herself and Wright.

Pride & Prejudice may be a story that we all know well, but the way that Wright brought it to the big screen made it feel fresh and breathes new life into the characters and the conversations.

Knightley is terrific in the central role of Elizabeth, a young woman who is determined to find her own way and will not be bullied in a marriage that she does not want - despite the situation of her family. This resilience, strength, and confidence in who she is feel incredibly modern and make this character incredibly relatable.

However, it was the cinematography that was a major strength in this film for me - Wright has captured the fields and the countryside with breathtaking detail - at times, it is almost mystical.

Pride & Prejudice was met with critical acclaim upon release and own over audiences as well as critics. The movie went on to be nominated for four Oscars, including Best Actress for Knightley. This was the first Oscar nomination for Knightley; however, she lost out to Reese Witherspoon for Walk The Line.

Kiss Kiss Bang Bang may not be one of the most well-known movies of 2005, but it was certainly one of my favourite. This was one of the movies that helped get Robert Downey Jr's career back and track and came before he took on the role of Iron Man.

Kiss Kiss Bang Bang is partially based on the novel Bodies Are Where You Find Them by Brett Halliday and saw Downey Jr team up with director Shane Black for the first time. Black was best known for penning screenplays such as Lethal Weapon and The Long Kiss Goodnight at the time and this movie marked his feature film directorial debut.

The movie mixed elements of action, comedy, and crime caper as a thief pretending to be an actor, a private eye, and a struggling actress are drawn together by a murder mystery.

Sadly, Kiss Kiss Bang Bang is a movie that did slip under the radar back in 2005, which is a shame, as it is a terrific black comedy with Downey Jr and Val Kilmer on top form. The two actors really do make the perfect movie team and the banter between the pair of them is laugh out loud funny - as are some of the situations in which they find themselves.

Downey Jr has always had that sharped witted and observational humour and this is a role and a script that is written perfectly for him. It allows him to thrive with snappy one-liners - not to mention he is as charming as ever.

The plot is a little bit convoluted, but you are having such a good time with this murder mystery that you hardly notice. Kiss Kiss Bang Bang is a movie that I love as much today as I did back then and I think that Shane Black should direct more of his own scripts.

We were treated to a range of great British movies in 2005, but The Descent was one that really did stand out from the crowd. The British horror movie saw Neil Marshall return to the director's chair for the first time since Dog Soldiers and also penned the screenplay.

Dog Soldiers was the feature film directorial debut for Marshall and The Descent was only the second feature film of his career - I have to say, it is an impressive couple of movies to kick off your career with.

A caving expedition goes horribly wrong, as the explorers become trapped and ultimately pursued by a strange breed of predators. Shauna Macdonald took on the central role of Sarah and was joined on the cast list by Natalie Mendoza, Alex Reid, Saskia Mulder, and MyAnna Buring.

The Descent is one of the most claustrophobic horror movies that I have ever seen and it is this that really does keep you on the edge of your seat from the opening moments to the closing credits.

Marshall has delivered a tense and gory movie that is as much a physical horror movie as a psychological one. Thrown in a great twist towards the end and you have a terrific horror movie on your hands.

The Descent is widely regarded as one of the greatest British horror movies and was a movie that went on to enjoy critical and commercial success in both the UK and the U.S. upon release.

Other great movies celebrating their 10th anniversary include The Chronicles of Narnia: The Lion, the Witch and the Wardrobe, Cinderella Man, A History of Violence, Corpse Bride, and King Kong. 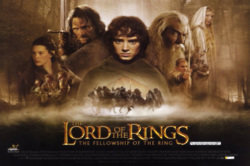 Film Trilogies Where All Three Movies Are Great 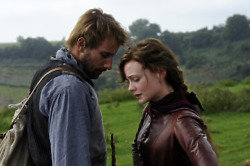 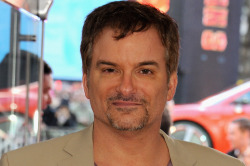