Coming of age movies have been a staple of the big screen over the decades, with each generation of filmmakers putting their own spin on the rights of passage movie. 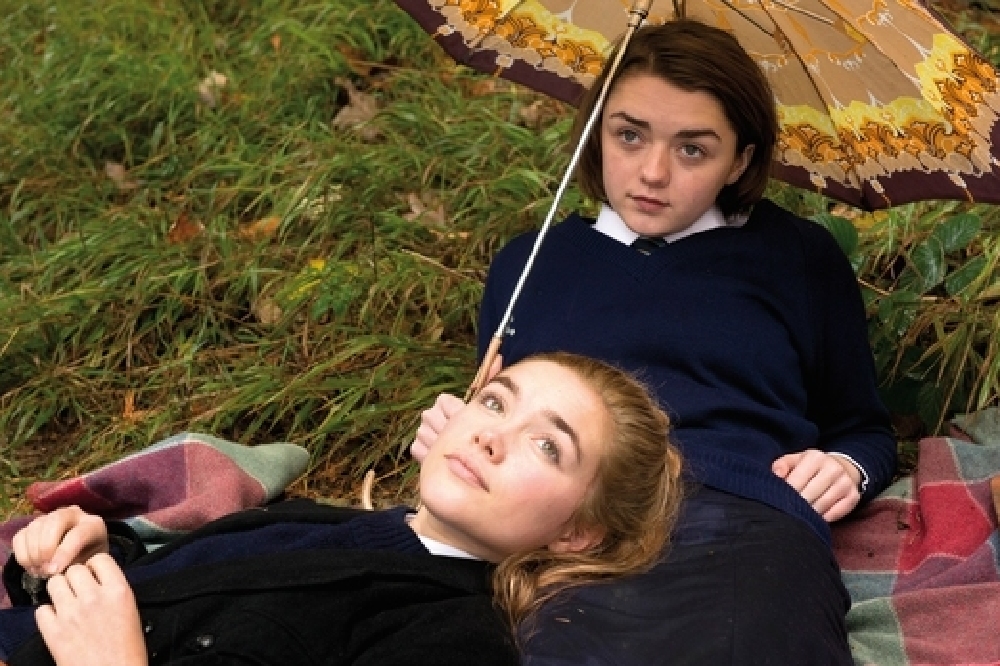 This week we see Carol Morley back in the director's chair with The Falling, which is set to be one of the must see British movies of the year.

We take a look back at some of the best coming of age movies that have lit up the big screen - do you have a favourite?

- Bend It Like Beckham
Set in West London and Hamburg, this 2002 comedy follows the story of two 18-year-olds, Jess Bhamra (Parminda Nagra) and Jules Paxton (Keira Knightley), with dreams of playing professional football. The film takes us through the girls' journeys exploring relationships with friends, family, and boys.

As tension arises, Jess and Jules must sort their differences, make peace with their parents, and overcome cultural prejudice to win the league championship and earn scholarships.

Hard to believe that this movie was released back in 2002, and yet it remains one of the best British films of recent years - it was also only the third live action feature film of Gurinder Chadha's directing career.

Bend It Like Beckham is a great movie about the struggle of a girl to follow her dreams as Chadha finds the right balance between drama and humour, football action and romance. It is a movie that really does charm from start to finish and is packed with characters that we really can relate to and root for.

You don't have to be a football fan to enjoy a movie about a girl battling for what she wants. This is a film about friendship, family, and finding your own place in the world.

- The Perks Of Being A Wallflower

The Perks Of Being A Wallflower was one of the best movies to hit the big screen back in 2012, as Stephen Chbosky adapted book into a screenplay and directed for only the second time in his career.

The Perks of Being a Wallflower is about a 15-year-old introvert, Charlie, who is coping with his first love, the deaths of his best friend Michael and Aunt Helen, and his own mental illness as he enters high school. The outsider is taken under the wing of two seniors, Sam and Patrick, as he ventures through his first year.

Chbosky is not afraid to tackle the taboo subjects of his novel on the big screen; psychological health, sexual abuse and homosexuality - lets face it there are not many filmmakers who would tackle this head on. And while the movie may be dealing with some pretty heavy stuff there is a real charm and humour to it and the relationships that are built up throughout.

The Perks of Being A Wallflower is an engaging movie from start to finish as Chbosky and his cast have created characters that we can all relate to and feel for as we have all felt a sense of loss and uncertainty during our teenage years. The more serious issues tackled in the movie are done with real sincerity and understanding and Chbosky has got the tone and the balance of the film spot on.

The Perks of Being A Wallflower really is a sincere, moving, and heartfelt adaptation of a much loved book and has benefited from having the author on adapting and directing duties. Throw in three terrific performances from Logan Lerman, Emma Watson, and Ezra Miller and we really do have a bit of a modern classic on our hands.

The Breakfast Club is celebrating its thirtieth anniversary this year - yes, it really was released back in 1985 - and yet it remains one of the greatest and most loved coming of age stories of all time.
Written and directed by John Hughes, five high school students meet in detention with nothing in common. The brain, the athlete, the basket case, the princess, and the criminal each embody a different stereotype. As the movie develops, the students bare their soul and each shares their inner struggles, which stem from difficult relationships with friends and family.

Hughes was a real powerhouse in this genre and he proved it with The Breakfast Club as he brought to the big screen a timeless tale that is as relevant today as it was back in the eighties. The Breakfast Club is a movie that looked at teenagers of the eighties and how they are trying to find an identity and work out where they fit in in society.

But Hughes told this story with intelligence and wit and it wasn't a movie that laughed at or belittled the feelings of the teens at the time. The director wasn't afraid to look at the issues and the problems that faced the teens of the time, bringing an audience face to face with what kids at the time were dealing with. He tackled these issues with an empathy and a compassion, which is probably the major reason why this movie has endured the way that it has.

The Breakfast Club remains one of Hughes' most popular and recognised works and is as great a coming of age movie today as it was back in 1985.

Stand By Me is another of the coming of age movies that has endured over the years and remains a firm favourite in this genre. The movie was released back in 1987, was based on the Stephen King novel, and saw Rob Reiner back in the director's chair for the third feature film of his career.

In a small woodsy Oregon town, a group of friends--sensitive Gordie (Wil Wheaton), tough guy Chris (River Phoenix), flamboyant Teddy (Corey Feldman), and scaredy-cat Vern (Jerry O'Connell)--are in search of a missing teenager's body. Wanting to be heroes in each other's and their hometown's eyes, they set out on an unforgettable two-day trek that turns into an odyssey of self-discovery.

They sneak smokes, tell tall tales, cuss 'cause it's cool and band together when the going gets tough. When they encounter the town's knife-wielding hoods who are also after the body, the boys discover a strength they never knew they had.

Stand By Me is a haunting and yet magical movie about childhood and the journey that all the boys are taking into adolescence. It is a journey that we all must make and that is why this honest tale resonates so strongly with an audience.

Stand By Me remains one of the greatest films in this genre, as it is a touching examination of the loss of innocence and has some great performances at its core.

Shane Meadows is one of the most exciting British filmmaker's around and he returned to the director's chair in 2007 with This Is England.

Meadows has penned the screenplay as well as being in the director's chair and has beautifully captured the despair and isolation felt by the working class youth of the eighties. A lost generation who felt that the country was not working for them - which is desperately wasn't.

This movie looks at youth alienation and the anger that grows when they feel that they have been let down and betrayed. This is as much a study of that period of time as it is a coming of age tale.

Meadows has delivered a funny, touching, intelligent, and gritty movie that captures the feeling of a generation as they faced difficult and testing times. This is one of the best British movies of recent years, and is a standout film in the coming of age genre.

The Falling marks the welcome return to the director's chair of British filmmaker Carol Morley, in what is her first film since Dreams of a Life back in 2011. This is only her second live action film and it is great to see her return to this genre.

As well as being in the director's chair, Morley has also penned the screenplay and has brought together a great cast, including Maxine Peake, Maisie Williams, and Florence Pugh.

Within the volatile, strange atmosphere of the school and her troubled home-life, Lydia feels driven to discover what is really behind everything that seems wrong. Lydia seeks the truth and discovers a long, buried secret and comes out a changed person.

The Falling is a movie that lit up the BFI London Film Festival last year and marks the big screen emergence of both Williams and Pugh - these are two actresses that you really do need to keep an eye on over the next couple of years.

The Falling is a movie that mixes supernatural elements with the coming of age genre and leaves you with much to ponder when the credits roll.

Other great coming of age movies include Rebel Without A Cause, An Education, Boyhood, The 400 Blows, and The Spectacular Now.

The Falling is released 24 April.

tagged in The Perks Of Being A Wallflower 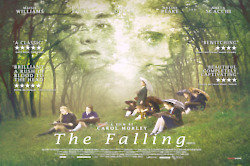 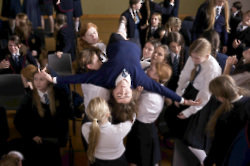 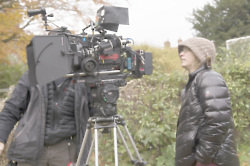