Hard to believe that it was back in 1996 when Mission: Impossible blasted onto the big screen for the first and we saw Tom Cruise take on the role of Ethan Hunt for the very first time. 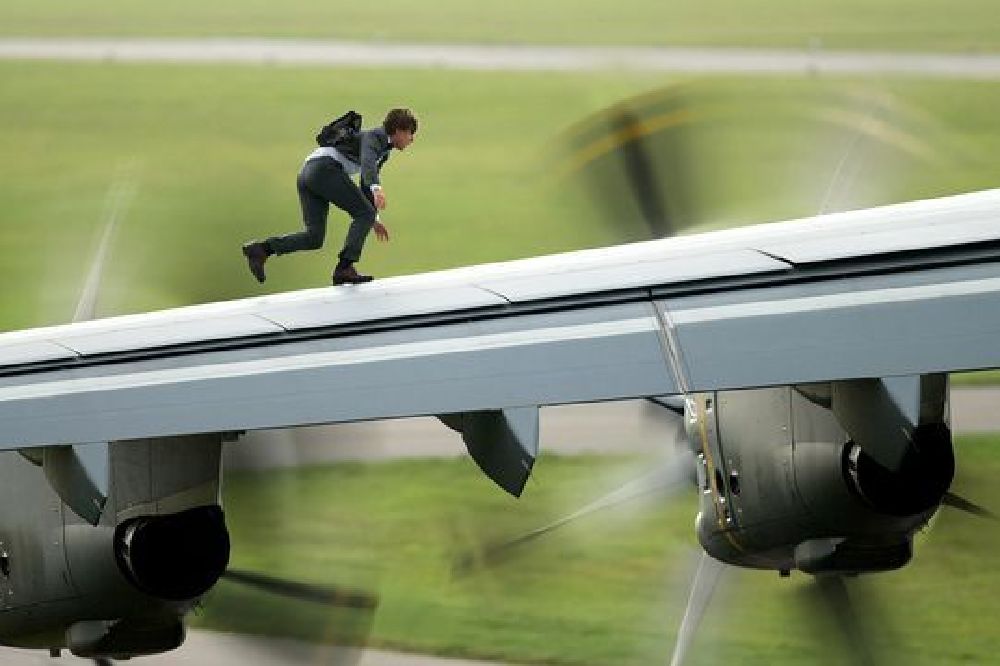 Nearly twenty years later and Cruise is back as Hunt for Mission: Impossible - Rogue Nation, which is the fifth film in the popular action franchise... and it looks like it is going to be bigger and better than ever.

Over the years, Mission: Impossible have treated us some great action set pieces, stunts and iconic moments and it looks like the scene of Ethan hanging off the side of an airplane is going to join those other great moments from the film series. To celebrate the release of the film, we take a look back at some of the most unforgettable moments from the Mission: Impossible movies.

The vault scene is perhaps the most iconic moment from the first film and one that could not be overlooked when we are talking about unforgettable moments from the franchise.

The scene sees Hunt and co successfully infiltrate CIA's headquarters in Langley to steal the real NOC list. However, the door cannot be opened without finger and eye scans, the floor is pressure sensitive and temperature controlled... surely, it cannot be broken into?

With Franz Krieger holding the rope and Luther Stickell on lookout, Ethan starts his decent into the vault... this is an incredibly tense and edge of your seat scenes in the entire franchise.

The first Mission: Impossible ends on a knife edge as Ethan uncovers the lies that have been to him and set out to bring down Jim Phelps, played by Jon Voight.

Both of them cling to a high-speed train and are - at any moment - inches from death. However, it is this high-octane set piece finale that really does set Mission: Impossible head and shoulders about any other action movie of the nineties. It remains an action packed watch nearly twenty years on.

Ethan Hunt leads an action packed life so what does he do to relax? Does he lie on a nice beach somewhere with glass in hand? No, he likes to free climb - nothing stressful about that at all.

And Ethan climbing in the Moab Desert in Utah is the opening to Mission: Impossible II - and it was Cruise who was out there climbing to capture the scenes for the movie.

This opening sequence has no bearing on the movie whatsoever, but it really is a terrific way to open the film and once again highlighted Cruise's desire to do all of his own stunts.

Mission: Impossible III hit the big screen back in 2006 - the film will be celebrating its tenth anniversary next year - and saw J.J. Abrams take up the director's chair in the franchise for the first time.

For me, one of the reasons that Mission: Impossible II is such a good movie is because Philip Seymour Hoffman makes a terrific villain - his performance Owen Davian really will send a shiver up your spin.

And one of the film's best moments is when the IMF has Davian in custody and is trying to transport him to prison. However, this is interrupted when the IMF come under a military assault from Davian's soldiers... it is another high-octane moment in the franchise.

Ghost Protocol was the last Mission: Impossible movie to hit the big screen at the end of 2011 and it continued to push the boundaries when it came to the size and scale of the stunts.

Of course, there is no bigger stunt in Ghost Protocol, which was directed by Brad Bird, than when Ethan has to climb up the outside of skyscraper the Burj Khalifa to get the servers that are situated above him.

This is another iconic moment from the franchise and once again saw Cruise in action as he performed the stunt himself. Every moment of this scene is packed with peril and it makes it a very tense watch.

Staying with Ghost Protocol, which is currently the highest grossing film in the Mission: Impossible franchise and the prison escape scene is another personal favourite.

The movie opens with Ethan in a Moscow prison and follows Jane Carter and Benji Dunn - Paula Patton and Simon Pegg - as they try to break him out of jail.