Rachael and Ward didn’t just come in for a talk with us (which you can see right here), we made sure that they brought their instruments and played us a few tracks off the new album Haunted By You.

The duo kicked off their live session with us by playing their new single Abby Would You Wait.

Following that up, Rachael and Ward pulled out Invisible Light off their new album for your listening pleasure.

For their next trick, the duo played us another new track called Everything.

Rachael closed off her set with a good sing a long song called Hey Nah.

Rachael’s new single Abby Would You Wait is out now and her new album Haunted By You is out next February. 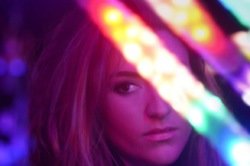