Whitesnake singer, David Coverdale, has announced the bands welcome return to the UK stage  as part of the 2011 Whitesnake World Tour...

The band will be touring in support of their as yet un-named new studio album on the Frontiers label, slated for release late March 2011...

"We've had an incredibly creative & productive year off writing & recording & also mixing several projects we plan to release over the next few years...We're particularly excited about the new album & we look forward to presenting a mix of new & more familiar songs when we tour...We have all missed the excitement of performing live & are very excited to introduce the new chaps to the Whitesnake Choir..." 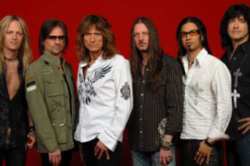