As we come to the very end of 2012, we thought it’s only fitting to look back over the last twelve months and look as to what defined music in 2012 and which artists left their identities on the year like a finger print and made the music world revolve around them.

It’s pretty clear that we love Frank Ocean. We gave him both the single and album of the year awards, but it’s clear that he’s going to become the name that everyone will be referring to when they talk about 2012.

He first laid down a marker last year with the release of his mixtape Nostalgia, Ultra, which caught the eye of many in the music industry and got many names wanting him on board.

It was Channel Orange though that saw the full realisation of Frank’s vision, as his debut album took apart RnB and made it into something far for personal and touching.

It wasn’t just his solo work that got him noticed by the world in 2012, Frank Ocean quickly became the most wanted man in music, with the entire RnB and hip hop community scrabbling to get their hands on the singer. He featured on Kanye and Jay-Z’s collaboration, co-writing on two of the tracks too.

Expect many to try and re-crate the magic that Ocean crafted with Channel Orange and a whole heap of new RnB fans to come out of the woodwork.

While YouTube has been a powerful medium for music videos in the last few years, it was this year that really saw the video sharing website go from where the biggest artists dominated, to a new taste-maker.

Throughout 2012, the biggest singles of the year found their success start on the web, with Gotye’s Somebody I Used To Know and Psy’s Gangnam Style both transferring views into chart success.

Who would have ever heard of Gangnam Style without the amazing video going viral? Some Asian pop aficionados maybe, but no one like Radio 1 would have ever picked up the track without it’s YouTube fanbase.

With the video reaching a billion views at the time of writing this, the video has become one of the defining moments of 2012, along with the Olympics and Chris Maloney.

Love him or hate him, the South Korean rapper could have had more of an impact to mainstream pop than any of us could imagine. Get ready for a whole heap of K-Pop imports and YouTube being taken even more seriously as a platform of new music.

We all love a comeback, especially in music. 2012 saw more comebacks than a Lazarus convention.

Whether it was Leonard Cohen, David Byrne or Bruce Springsteen dusting off their guitars for another go around, the amount of old stars bringing out fresh new material was beyond belief.

The best thing of all though, was that none of the reunions or comebacks felt laboured or stilted. They all had something new and fresh to say, and with the current love of retro sounds, slotted in perfectly with the current crop of musicians out there.

It wasn’t just contained to new albums though, as long parted groups are coming back to do live shows once again. With Led Zeppelin and Fleetwood Mac set to follow in the footsteps of The Rolling Stones and come together once more, fans of classic rock are in for a real treat.

The Search For The New Adele –

After the incredible success of Adele’s 21, the whole world and their dog in the music industry wanted to find the next big soul sensation.

Her breakthrough success opened doors for many artists like Emeli Sandé  and Birdy found themselves thrown into the spotlight even faster than they would have been before. Don’t get us wrong, Emeli Sandé would have always found a home for her silky smooth vocals, but the success of Adele accelerated their success.

It wasn’t just here in the UK either, with Adele’s impact truly international, the search for the next genre breaking soul singer was on in earnest, with American throwing the hyper-retro Lana Del Rey into the mix.

Throughout the year it’s remained clear quite how much the audience still wants singers of that same ilk, with 21 still the highest selling album of 2012 in America and still riding high in the UK.

The biggest seller of the year? Emeli Sandé’s debut collection Our Version Of Events. With Lana Del Rey not far behind her, it’s clear that the public is still hungry for solo female singers.

Skrillex and the Dubstep Revolution –

As the figurehead of the dubstep music, the oddly-haired music maker has become one of the artists who’s changed the sound of 2012.

The incredible popularity of dubstep over the last couple of years has found its mainstream home in the form of Skrillex, who has become the de facto name in the field. He didn’t invent it, but he made it commercially viable.

The music world always wants to jump on to the latest band wagon and in dubstep, it’s found its latest play thing. Dubstep elements have found themselves into a huge amount of chart-bothering music

When Taylor Swift is incorporating dubstep into her music and Kanye West is wanting to work with you, then you know that Skillex and his controversial musical sound really taking a hold of the pop music scene.

What will be the trends next year that make the music world revolve? We have no idea, but we can’t wait to see what will be the biggest influences on what we’re listening to in 2013. 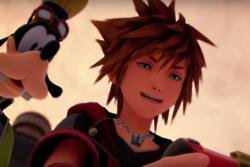