As Nicky's first international release, the artist has continued to reign at number one in four Billboard Latin charts across both the United States and Puerto Rico.

Chatting about the new version, Nicky said: "I'm very excited with this new version. English is my native language. It means so much to me and my career to be able to sing in English. It is a true personal challenge to share my songs in both languages. This does not mean I will stop singing in Spanish. Without my fans, I wouldn't be where I am today."

Meanwhile, Nicky continues to tour across Latin America whilst gearing up for the release of his debut album under Sony Music, 'NICKY JAM 7', scheduled for release later this year as the musician's seventh full length career release.

Iglesias is also busy, continuing with his 'SEX & LOVE' tour in Asia, Europe and Latin America. 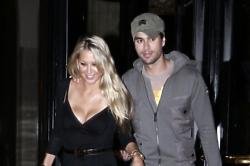 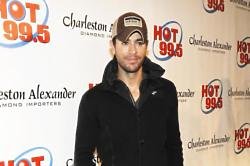