Alfie Boe has enjoyed a career that has seen him sing to millions all over the world.

Last year saw him hit the road again in the UK and fans can relive the show again with The Bring Him Home Live DVD.

I caught up with Alfie to talk about the DVD, the success of the tour and his latest album and what lies ahead in 2012.

- The Bring Him Home Tour DVD hits the shelves next week so what can Alfie Boe fans expect from the DVD?

Well there is going to be some full frontal nudity (laughs), no I’m only kidding. The music on the DVD is from my Bring Him Home album and my Alfie album as well as a few special ones that have been thrown in; there is a Beatles duet with Tom Fletcher from McFly, I also do a Marvin Gaye and Tammi Terrell  duet called You’re All I Need with Melanie C, which is fun.

- You played in front of 50,000 during that tour so what do you personally find the tour and what do you get out of performing live?

I loved the tour as it was something that was very special to me; I find it very exciting playing different regions of the country and playing to different audiences. And what I get out of it is such an immense thrill to be able to entertain so many people, make them happy and fill them with so many emotions throughout the evening.

I just class myself as a singer and an entertainer and not an opera singer or a classical trained tenor, I think that that categorises you too much, and it has also allowed me to sing other styles and genres of music and appeal to a wider audience.

So getting to play a live crowd and getting to assess a live crowd was something that I really learnt a lot from on this tour. I have been playing concerts for many years now but the concerts that I have done in the past were sort of a training ground for this particular tour - so I am very fortunate to have had the opportunity.

- You have mentioned that you enjoy playing different regions during you tour so how do the audiences differ from place to place?

Some of the audiences didn’t really know what to expect, I think when they see my history of being an opera singer I think that they expect it to be an evening of classical repertoire; there was a little of that at some points but the show was about the promotion of my Bring Him Home album and my Alfie album.

But the audiences did differ, there was such a difference from a London audience to when I played Blackpool; the Blackpool audience spent more time in the bar at the beginning of the performance than the London audience.

But a lot of my friends and family were there and it was just a wild evening. On the road the comedian Jason Manford joined me and did a few shows with me, it was always nice to invite special guests on and surprise the audience a bit.

- The tour was in support of your last album Alfie so you must be delighted at how that album has been received?

Alfie was a great success and it is still flying high at the moment, so I am very pleased about that. But the Bring Him Home album is still doing very well so I am a very lucky man that I have had so much support and recognition from the public, my fans have been very supportive.

- You have a string of albums under your belt now so how have you seen yourself develop as an artist in that time?

When I look back at my first album, my Classic FM album, it was mainly a operatic repertoire on that album and then I did a British anthems album, then a Neapolitan album so I have covered quite a lot of different genres of music.

But the more you record the more experience you get at how to handle yourself in the recording process, the happiest recording sessions I have ever been in was when I recorded live with an orchestra as you can actually have that connection with the band you are recording with and that is a wonderful experience.  So that is the only way that I record now.

- You always come up with surprising duets and this time saw you work with Robert Plant so how did that come about?

Robert, it’s quite funny, but I met Robert in a bar and I just thought ‘I can’t miss this opportunity to speak to this guy’, he is one of my heroes of rock and I thought I have got to go and talk to him.

And what I thought was going to be a five minute conversation turned into nearly an hour, we talked about his days in Led Zeppelin and it was something very special for me. And while he was telling me all these stories all I could hear was Led Zeppelin songs running through my head.

- And how did you find working with him?

He also has recorded quite a few different styles of music but he never changes the sound of his voice he is always legitimate to his sound; he uses the same voice for whatever genre of music he is singing.

And that is what I try and do, if I am singing a musical theatre song I won’t try and adapt my voice to musical theatre style or if I am singing a country/rock song I won’t change to that style I will just try and use the same quality of sound that I have to make the song my own. The only thing that I do do is put on an American twang because it does make the music a little more popular.

- Is there anyone else that you would be keen to record with?

Oh there are so many people that I would like to work with. I would love to do something with the Stones, Stevie Wonder - it would be great yeah.

- You were also part of the 25th Anniversary show of Les Miserables, playing Jean Valjean, so what do you think has made the show so enduring and popular?

But, when it comes down to it, it is a musical and you have to give all credit to the music because it’s hit after hit. To be a part of it has been a wonderful experience for me.

- I was reading that you are writing your autobiography so how is that going and what made you want to pen the book?

I am using a friend of mine who is a ghost writer, I’m not very good at writing; I can’t even speak properly never mind writing. I got the opportunity when I was invited by a publishing company to get my story out there and so I thought it was a great chance.

I probably wouldn’t do a second one of a long while, people always ask me ‘well would you write another book about your life?’ But I think that you have to live a little bit more before you start telling that story.

But a lot has happened to me since I was a kid up to now so it’s nice to get the full story out there, I hope people enjoy it.

- Alfie was only released last year but are there any plans to get back in the studio?

Yeah, I am planning on making a new album sometime this year we are just planning a repertoire at the moment; that will be released at the end of the year and we will record it over the summer probably.

The thing is at the moment my present albums of Bring Him Home & Alfie are doing so well that it’s just important for me to keep ploughing ahead with the promotion for those, slogging it to death really.

Well I am doing a lot of promotion for the DVD and I am also rehearsing for my concerts over the summer. I am back and forth to American this year as I am doing a lot of work in the States; I have got a U.S. tour coming up in October as well. It’s a busy old time.

Initially my tour will be taking me all over the country again this summer as I will be playing a lot of open air festivals, so that will be a lot of fun.

Alfie Boe: The Bring Him Home Tour DVD is out now 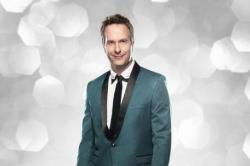 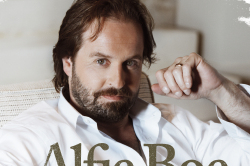