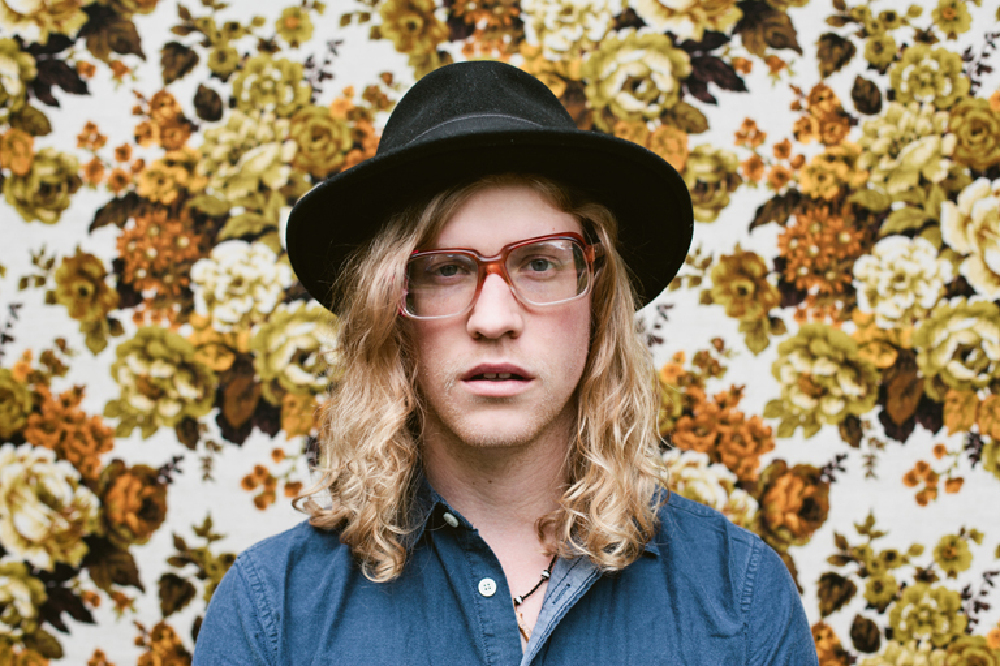 Allen Stone's one of the hottest names in the world of soul, with the Washington born singer getting rave reviews and embarking on a massive tour that will see him perform all across the world.

With the release of his self-titled debut album last week, we talked to him about the album, where his love of soul came from and what it’s like having your own cover band.

So, to start off with, for those who’ve not heard the album yet, what can you tell us about it?

Well it’s my attempt at paying homage to that soul era of the sixties and seventies. It kind of goes all over the place, there’s happy, there’s sad, there’s joyful and there are even political songs. It’s not really a concept album, it’s more a collaboration of songs that I wrote roughly two to three years ago.

It must be great to finally get your songs out there for the world to hear.

I actually recorded this record about two years ago, it’s just taken quite a bit of time for it to surface.

So what was it that made you fall in love with soul music then?

For me it was the sound of it really, I think any music does that to the listener. I fell in love with Stevie Wonder and his record Innervisions initially and from that just jumped into the pool of soul music like Donny Hathaway, Marvin Gaye, all those soul artists. For me it’s the textures and the song writing, but I think initially it was the rhythms.

So far you’ve only had nice things said about your music, what’s it like getting that sort of praise?

It’s very flattering. I’m my worst critic though, so whenever I get praise I always find a way to belittle it. It’s extremely flattering to have people talking about my music at all, let alone saying nice things about it.

It’s not only in the States though; you’ve got a massive following worldwide. What’s that like for you?

All I can say is that you wake up every day and count your blessings, it’s almost lie it’s happened over night. For five years I was travelling around, just me, my acoustic guitar and my Buick Le Sabre just playing shows in people’s back yards and living rooms, coffee shops and college cafeterias and then overnight people started to really like it. Over the last year I’ve been all over the world playing for hundreds of thousands of people. It’s just crazy.

Talking about travelling the world, you’ve got another world tour lined up. How are preparations going for that?

You don’t really prepare for a tour, beyond rehearsal with the band. Last year we did about 235 shows so when I was in Newcastle last year I pulled up my e-mail schedule and counted up how many days I’d been home in Seattle that year and in November last year that was 15 days total. So I’m very much used to this point and it’s kind of my home for me.

You’ve also got your own cover band on YouTube. What’s it like seeing other people take on your work?

It’s flattering. Any opportunity and blessing of people praising my music or covering my songs is all just the icing on the cake. The actual cake is getting to perform and have people pay attention, but the icing is people putting their own spin on it and recording their own versions of things.

You’ve been on all the big US chat shows performing, but honestly, which was the most fun?

They were all really really fun. I grew up in a pretty conservative household, so I didn’t get to watch any of them because they were late, although my dad being a conservative minister, he didn’t let me watch much TV at all. I think the most memorable one was Conan though, that was the first one I ever did and that was kind of my initiation into the late night circuit.

You said then about your upbringing, has that religious side had an influence on your music?

Yeah, without a doubt. I’m not a part of the church and I’m not a Christian anymore but I look on what I do is a bit like having a ministry. My goal is to go out every night and make people happy, make them smile through music and enjoy life through song. I count that as sort of my personal ministry and I do approach it that way definitively because of the way I was raised.

So, what are the plans going ahead then?

All the songs that are now out there I already recorded quite a while ago, so I’ve got a million and a half songs just waiting to get out there and be recorded, so we’ll start doing that pretty soon. For now though, we’re just planting the seeds for that second album.