Hayley Westenra has enjoyed a career that has so far spanned a decade and she is set to hit the road in the UK to show off her latest album Paradiso.

I caught up with her to talk about hitting the road, the success of her latest album and what lies ahead for the rest 2012.

- You are about to kick off a UK tour so for anyone who has tickets to see the show what can we expect from it?

I released an album last year called Paradiso and it was produced and arranged by the legendary film composer Ennio Morricone. I would usually tour with my band and a string quartet, which is what I have been doing recently, but we are expanding to a small orchestra for this tour.

So I just want to take full advantage of Ennio Morricone’s arrangements, his beautiful orchestral arrangements. So yeah it’s going to be really good fun as we have got the drums but we have also got the luscious strings.

As well as doing songs from Paradiso I will also be doing some of my favourites, it’s going to be quite a mixture really as I will be going from folk to pop to classical; I like to keep everyone on the edge of their seats and surprise people.

- You have mentioned the orchestra so how great is to be able get out there with the strings and recreate the sound of the album?

Yeah it’s fantastic. It’s going to be my first time performing all these songs live here in the UK, so I am really excited to perform these new songs that I love live.

Being able to recreate what we did on the album will be wonderful - they are just really great arrangements that Ennio Morricone has written for me so it’s going to be a real treat bringing them to the stage.

- You will be playing up and down the UK so how do British audiences compare to other countries?

Ooooh I don’t know. I just did a tour of my home country of New Zealand, it was just before Christmas actually, and that was a very different experience because I haven’t home in a little while and it has been about four years since I have toured so it was quite nerve-wracking, but special.

American are audiences tend to be more outgoing, But I love touring around the UK and the audiences tend to differ all over, Manchester crowds are generally a bit livelier than the others. Maybe the Welsh crowds can be more vocal (laughs). It does differ and the venue can also impact on how the crowd reacts.

- The show will feature music from your latest album Paradiso, which was another huge success, so you must be delighted by the way that the record was received?

When you get into the studio and you start making an album you are making it for yourself really, at the end of the whole process you just cross your fingers and hope that other people are going to like it to.

So it has been really wonderful to get all the great feedback from everyone because it is quite a different album from me because it is very much a collaboration between Ennio Morricone and myself.

So yeah it’s very different but everyone seems to be enjoying it. And being able to bring it to the stage is an experience that I have been looking forward to for a while - it’s going to be great fun.

- You have mentioned Ennio Morricone so how did that collaboration come around?

Well he invited me out to Sicily about five years ago where he was holding a concert having listened to my album and liking my voice. He wanted to work with me on a collaboration album that he was working on but I don’t think that that album every happened.

When I was coming up with ideas for my latest studio album his name came back up and I was like ‘let’s approach him and see if he is still interested in doing one track with me for the album’.

But then word came back from his camp that he wanted to do a whole album for me so I was blown away by that. I didn’t feel like everything was set in stone I was in the studio with him and only then could I truly believe that it was happening (laughs).

- You have enjoyed a career that has spanned ten years now so how have you seen yourself develop as an artist in that time?

When I first started out I was very young and a lot of the songs that I was singing I didn’t necessarily… I felt like I knew what I was singing about but it was more about enjoying singing the notes and the story telling.

Now that I am older and I have more life experience I am able to dig a lot deeper when I am singing these songs. And I will pick up one of these songs that I haven’t sung from a few years and I now sing it in a completely different way because of that life experience.

So that is what excites me about getting older is just being able to infuse more emotion into my performing and singing.

- Talking of an album are you going to be heading back into the studio this year?

Yeah I definitely plan on spending a lot of time in the studio this year; well that’s my plan (laughs). But I am not thinking of rushing out a new album I am just looking forward to doing a bit of experimenting and writing and just seeing where it takes me really.

I will be working with different people and see what gels. In this industry it’s quite fast paced so I am sure that another album will be expected of me soon (laughs) but I am not in a hurry because I don’t wanted to be rushed into anything.

But it’s also important to have a life outside work as well in order to have experiences to draw upon - so I don’t want to rush thing I just want to play around in the studio.

- You have mentioned that you have also started writing tracks as well so have you always written or is that a skill that you have developed over the years?

It’s something that has developed over the last few years and it has happened quite naturally and organically, I have never felt any pressure to write I just wanted to. I wrote for a couple of years but I didn’t want to show anyone me work.

Eventually I got up the courage to show off my work and three of my songs made it onto my album Treasure, three others on my Christmas album and then I did some of the lyrics for the Paradiso album.

So it’s really quite a thrill when you get to perform one of your own songs live, particularly when you are not use to it being that way and singing other people’s songs; it’s nice to have a mix of the two.

- Over the years we have seen classical stars such as Russell Watson tackle more mainstream and pop styles on their albums so how much is this something that interests you?

Yeah I have done a little bit of that I guess. I am not worried about making an album that fits nicely into a box, my albums tend to be quite varied which confuses my record company (laughs). It’s just the way that I am and on my live shows I love switching between classical numbers to pop numbers with drums and electric guitars.

These days artists are doing a lot more of that and we tend to make up our own play lists and mixing artists and genres. So yeah I think that it’s quite natural really to be doing that.

- Last year you performed at the Rugby World Cup final in your native New Zealand so how was that experience?

It was incredible, absolutely incredible; it was one of the best experiences of my life. It was a huge honour to be asked to sing the national anthem and then to be singing at the end of the match and then the fact that we won made it a day that I will never forget.

- Away from music you are an ambassador for UNICEF so what sort of work have you been doing for them?

I have two projects running out in Ghana at the moment and the first project was started quite a few years ago and it has been very successful, we are raising money for a firm that provides bicycles for girls to get to school.

Many of them live long distances from their school as well as having to carry out chores before they can go to school and looking after younger siblings. So they are putting off making the journey and these bicycles make it a lot easier to get to school and get an education.

The second project that we have up and running is getting clean water running in the schools, which end ups benefiting the whole village. So we have two projects in Ghana and we are starting a new project somewhere else in the world - but it hasn’t been announced yet.

After this tour I will be going to China for the Beijing Film festival, which I am very excited about, and then hopefully some other concerts in China and Asia. I have a show in Copenhagen as well as some more UK dates - and there are a lot of other live dates to be announced. So there is a lot more touring and then studio time.

The studio time is my priority really because time goes so quickly and before you know it everyone is like ‘where is the next album?’ So I want to make sure that I am not rushing into anything. 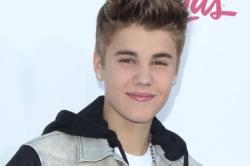