Gearing up for the release of their Double A side this coming October, Parlour Tricks are a unique band with female lead vocals that are enough to charm anybody into listening over and over again.

Refusing to conform to genre, the group instead push against boundaries set by those who have come before them, making their own lane and proving they harness some incredible talent.

We got the chance to chat to lead singer Lily Cato about the group, their upcoming releases and much more in a new and exclusive interview - find out what she had to say below.

How did you form the band Parlour Tricks?

I started writing songs in college out of the blue, and asked three of my friends (Terry, Brian and Angelo) to play them with me, just to see if they were any good. After a few months, a lot of trial and error and awful gigs and mediocre songs, I asked DeeDee and Morgane to join so that we'd have the dense three-part harmony I had started hearing in my head. That marked the real beginning of the band.

Where did the name for the group come from?

Your new double A side's out on October 5 - tell us about the creative process behind tracks 'Lovesongs' and 'Requiem'.

They're very different animals. 'Requiem' was written after a fight I'd had with my boyfriend, feeling angry and cynical. It was the first song we recorded for the album, actually. We had never played it together live until we got into the studio.

'Lovesongs' was written a few weeks later, feeling pretty much the opposite. It's a song about love songs, about how we rely on them to speak for us when we can't say it well enough ourselves. The arrangement came together over several weeks, both in and out of the studio.

For those who haven't yet heard your sounds, how best would you describe Parlour Tricks?

Vocal-driven indie pop, I guess? I'm lousy at describing it. Some songs are dark, some are sweet, some are more aggressive. But the harmonies are at the core of them all.

How important is it for the group to maintain creative control over the work you do?

Crucial. Thus far we've been lucky enough to maintain it. We're always prepared to fight for and protect what matters most.

Your album's been recorded in Nashville and is out next year, what was the experience of recording in Nashville like?

We had no idea how much we'd love Nashville. Brian (bassist) is from there originally, but his family had moved away when he was young, so it was literally a homecoming for him. But after a year and a half of going back and forth to that city, we all began to treat it like a second home. There is nowhere more welcoming to musicians and songwriters. I'd never been to a city which respects being a musician as if it were any other job - doctor, lawyer, fireman. I hadn't even known that that mentality existed.

What was it like to work with producer Emery Dobyns on the record?

Working with Emery was seamless. Effortless. It was as if he had always been a band member. He was thoughtful and patient, open to our ideas and full of his own. He set the tone for the album. We've never been more focused.

For you what's the most exciting part of being in the music industry?

Someone sent us a Facebook message a few months ago saying she was having the worst week of her life, but listening to our music helped her through it. Something like that doesn't even seem real. To know that you've connected to your audience, that it goes beyond writing and playing. There's nothing like it. The music industry is extremely unforgiving and difficult. We often get asked why we put up with it, and wouldn't we rather be in a less complicated business. But knowing you've reached someone through music? That feeling is hard to beat.

Finally, what's next for you following on from the double A side?

We can't wait to release the full album in the winter and get on the road. And then on to the next album. 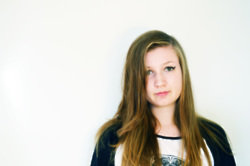 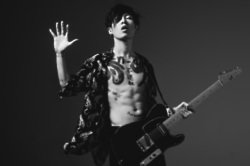 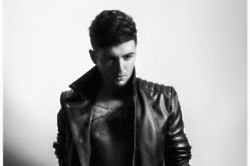