AC/DC have finally agreed to make their back catalog available for download on iTunes.com after years of opposition to the Apple music store.

It's a monster, this thing. It just worries me. And I'm sure they're just doing it all in the interest of making as much... cash as possible.

The veteran stars were among the few big names who refused to allow individual songs to be sold digitally as they wanted fans to enjoy their albums in their entirety.

However, the Highway to Hell hitmakers announced on Monday that they had finally decided to embrace the 21st century.

A message on their website reads "Starting today, Acdc's entire catalog is now available digitally for the first time exclusively on the iTunes store worldwide".

Frontman Brian Johnson had previously admitted the advancement in music technology was troubling to him, telling Reuters in 2008 "It's a monster, this thing. It just worries me. And I'm sure they're just doing it all in the interest of making as much... cash as possible. Let's put it this way, it's certainly not for the... love, let's get that out of the way, right away".

The addition of Acdc tracks to the iTunes store comes just days after another anti-Apple star, Kid Rock, ended his stand-off with company bosses so his new album, Rebel Soul, could be sold online.

The Beatles and Metallica are also among the early iTunes critics who have since been won over by the revolutionary software. 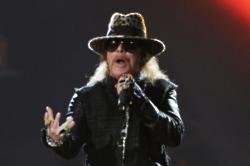 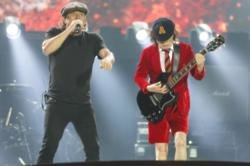